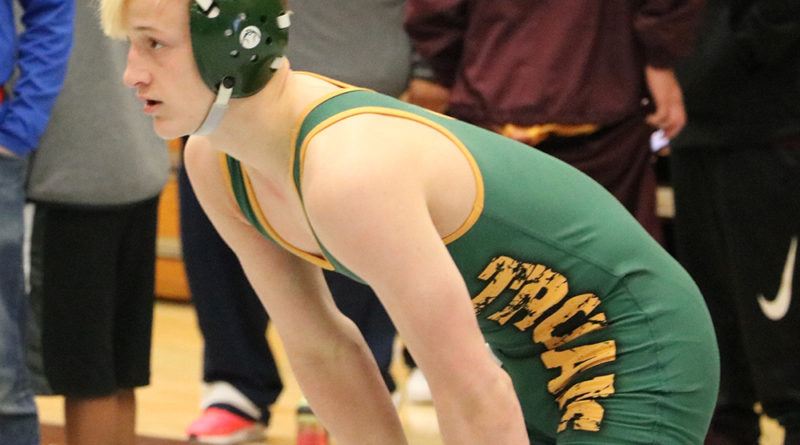 Wrestler Johvani Saenz-Castillo is comfortable with his diet, although it’s been hard on him.

Has he ever stressed at the regimen he has adopted for his sport?  “In the beginning, all the time,” he said. “I still do sometime now since there are days where I have to eat separately from my family because I’m not allowed to have what my family has.”

The state wrestling handbook explains that, in order to “keep you alive and healthy,” the minimum calorie intake should be 1,700 a day, a whole 500 calories (which would usually equate to a full meal) over Saenz-Castillo’s diet.

The stress on the varsity team is more intense, as each weight class usually has only one wrestler assigned to it. In order to make the team, or stay on it, each player has to strive to meet the proper weight.

There are safeguards in place. According to California code, each wrestler is evaluated at the beginning of the season to measure the lowest safe weight he can meet, along with the time required to lose it safely.

If a wrestler goes below his minimum weight, he is barred from competing. Each wrestler is assessed at the start of the season by a certified measurer, who determines the lowest weight the player can reach along with body fat percentage, hydration levels, and more.

The head coach of the CVHS wrestling team has his doubts about the current system.

“It’s based on an algorithm that, for me, I don’t feel like it’s very accurate,” said coach Josh Wheeler. He did not clarify if he thought the code was too strict or too lenient, but did say that state code could be reformed next year.

Ultimately, each wrestler has to understand his individual limits and consider his long term health when approaching the weight loss.

Although some individuals could be at risk for developing unsafe eating habits, the decision is ultimately their own, a conclusion that may comfort some and leave others worried.

The wrestlers and coaches have no concerns over their current training methods.

“I’d hope they’d be able to be honest with their staff, their parents, and their teammates with their limit,” commented Wheeler.