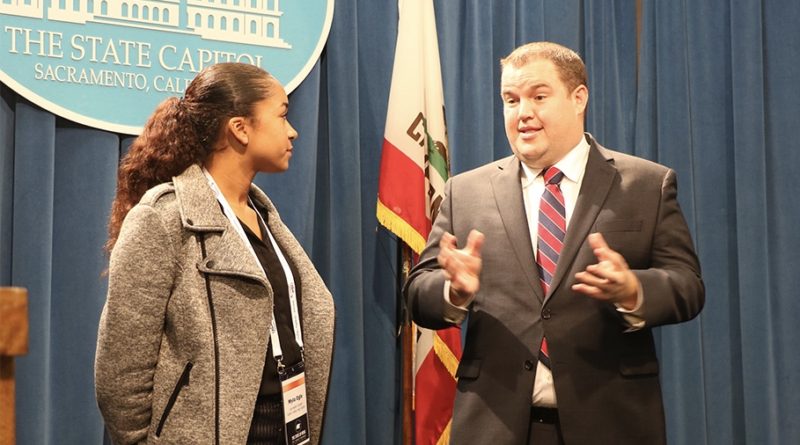 Gov. Gavin Newsom’s new administration has set many goals for itself, and is working hard to reach them. Composed of workers both newly positioned and from previous administrations, there is much to be done.

“I’ve known him for a long time and I think it’s really, in some ways, just good fortune, because the relationship between the governor and lieutenant governor really should be a good working relationship,” she stated. Kounalakis had previously served as an ambassador to Hungary before becoming California’s first female elected lieutenant governor.

“I think that you can see a lot about Governor Newsom’s agenda by looking at his proposed budget. It  really represents great fiscal responsibility and preparing for a rainy day, but there’s also an emphasis on education. There’s a lot to like about this budget, and I think that it clearly reflects the values that he has and that are so important for our state,” said Kounalakis.

“Gavin Newsom is very forward thinking, he’s a visionary, he has big goals,” said Ma. With a public career spanning over 20 years, Ma is the first woman of color to serve as the treasurer of California. “We need to try to help him accomplish those goals. Governor Newsom wants to build 3.5 million homes by 2025… and that’s one of the goals we are working very hard on.”

On Jan 22, Newsom took a large step forward with the appointment of California’s first surgeon general, Dr. Nadine Burke Harris, pediatrician and founder of the Center for Youth Wellness. Harris will focus on adolescent and youth health, which she links to lasting health effects.

Newsom has also recalled the California National Guard from the Mexican border, who were authorized to move by President Trump in 2018, in addition to several thousand guardsmen from other border states. Instead, they will focus on interior issues faced by California.

“Governor Newsom’s been really committed to a California for all… it’s a California where there’s economic prosperity, healthcare, and education for anyone who wants it.” Ferguson, who has remained from the Brown administration, has spent years in this field.

Though Newsom is a Democrat, Ferguson believes Newsom is doing what he will to address the concerns of conservatives as well as liberals.

“It’s not just California for liberals or for Democrats, it’s for all of us, and, from his inaugural speech on, he reached out to those in rural communities and said ‘I want to bring you into the fold, I want you to feel like you’re getting what you want from the state of California.’ That’s something he’s really committed to, and that’s work that will continue throughout his administration,” explained Ferguson.

With his administration a mix of holdovers from Brown’s governorship and newer officials and employees, Newsom expects to accomplish much in the next four years.

“Having a good working relationship just makes it that much more likely that together, with the rest of the elected officials here in Sacramento, and all of the hard working people in this administration, we’ll really be able to respond to the needs of the people of our beautiful golden state,” Kounalakis remarked.