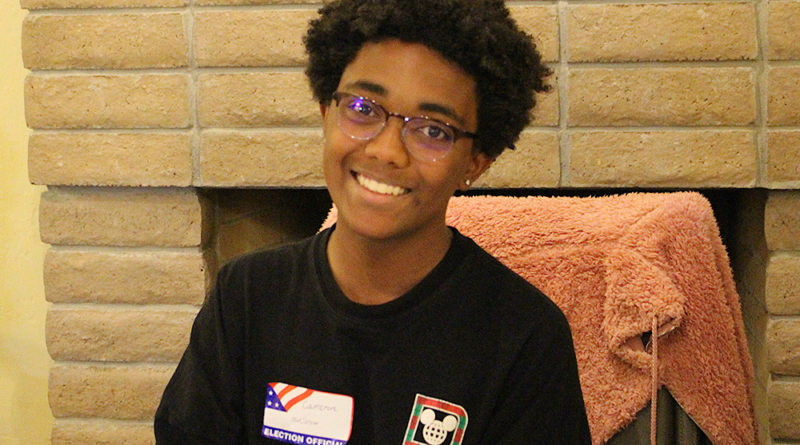 It’s Nov. 6, or the last day to submit ballots for the 2018 midterm elections, and large groups of people filled the room, some confident of the voting process, some unsure. From first time voters to experienced ones, election day wouldn’t be complete without the help of poll workers. CVHS juniors Maddox Flagg and Cameron Muldrow received first-hand experience working at the election polls and assisting others through the process.

Muldrow heard about this opportunity from a nonprofit organization, Jack and Jill, during a discussion they had about poll working. Workers were paid $125 for the entire work day from 6 a.m. to 10 p.m. Muldrow’s job was to be a clerk, checking people in and passing out ballots.

Working at the polls was an educational experience that helped him gain a lot of knowledge about voting.

“I can really appreciate what the voting process entails and what they provide to you when you’re working,” said Muldrow.

He noticed that many of the people around him tend to forget that voting affects them locally, not just nationally.

“Your vote may count on a local level. People always think of politics on a national scale, but often people forget to realize that you can vote for the sheriff in your town and/or city,” he said.

Flagg heard an announcement on the school announcements about this opportunity and decided to spend a day working at the election polls. He had always had an interest in politics and follows the news closely.

“I can’t vote but I wanted to be involved in the process. I think that voting is one of the most important things you can do as an American citizen, and you can’t vote if there’s nobody at the polling places,” said Flagg.

Flagg worked at the Church of the Nazarene, primarily with the roster index binder checking people off and giving ballots to those who needed it. Even though the workday was long, poll working was a positive experience that Flagg would definitely do again.

He isn’t old enough to vote yet but aspires to be able to change the world, even through small steps such as being involved in the polling process.

“If you’re old enough, vote,” said Flagg. “If you’re not, preregister, get active, be involved and knowledgeable about what’s going on. Talk to people of the same and different viewpoints and know that you can change the world.”