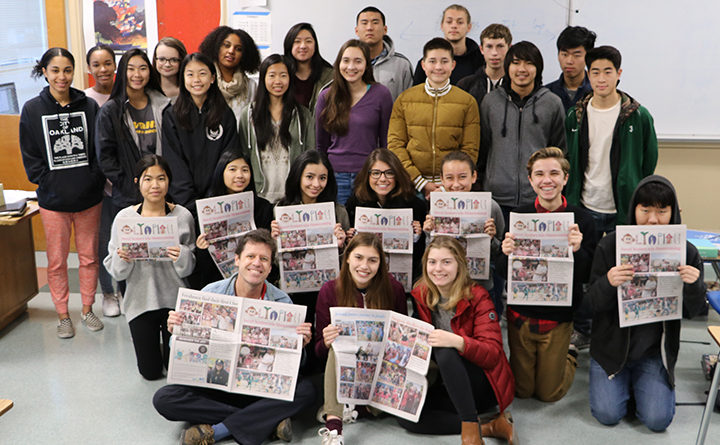 Among the top honors was CNPA’s Best Story Award. Students Ria Panjwani and Hannah Johansson took first place in this competition for their article titled “We all came from somewhere” about how President Trump’s travel ban affected immigrants at CVHS. Panjwani and Johansson also swept the top two awards in CNPA’s column writing competition.

“We’re both proud of that article, so we were really happy when we found out that it won the award,” said Johansson, co-editor-in-chief.

“It’s always so great to receive recognition for work that was difficult to achieve,” said Babasyan, co-editor-in-chief.

“To expand our social media empire in every direction was a rewarding and enriching experience,” said Panjwani, online editor.