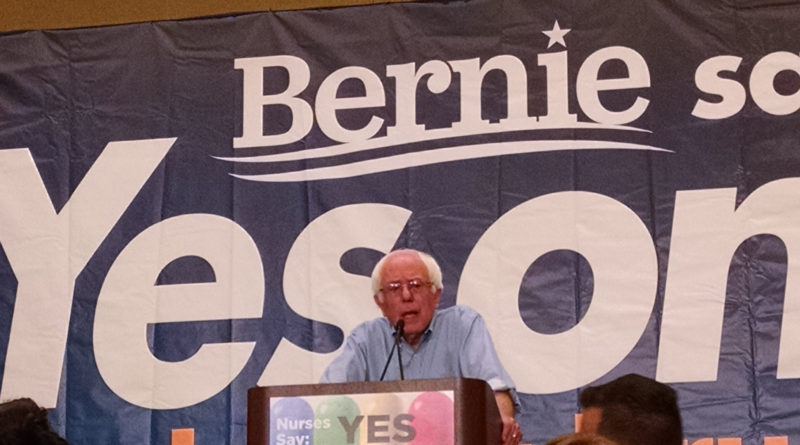 Bernie Sanders showed his support for Proposition 61 in a rally on Oct. 15 at in San Francisco.

Sanders gave a moving speech about how the state and nation need to put a stop to big pharmaceutical companies from raising the prices of medications people need to survive.

“I think it is high time that the American people starting right here in California stand up to the greed of the pharmaceutical industry,” Sanders said.

Prop. 61 prohibits the state of California from buying any prescription drug for more than the lowest price paid for the same drug by the U.S. Department of Veterans Affairs.

In his speech, Sanders bashed on the big pharmaceutical companies repeatedly as he asked the crowd to vote yes on 61.

“Pharma companies are charging us by far the highest prices in the world for prescription drugs while they are making tens of billions in profit every single year,” Sanders said.

Sanders claimed that the companies are raising the prices of prescription drugs out of pure greed.

“That’s wrong,” Sanders stated regarding the raise in drug prices.

For example the EpiPen company raised the price for one dosage from about $50 to $304 today, and some elders also have to cut their prescription pills in half because they can’t afford to have take the full pill, Sanders said.

Supporters hope Prop. 61 help people afford the medication that they need to survive.

“What you do here in California will reverberate all over this country,” Sanders said. “I hope that Prop. 61 is passed.”