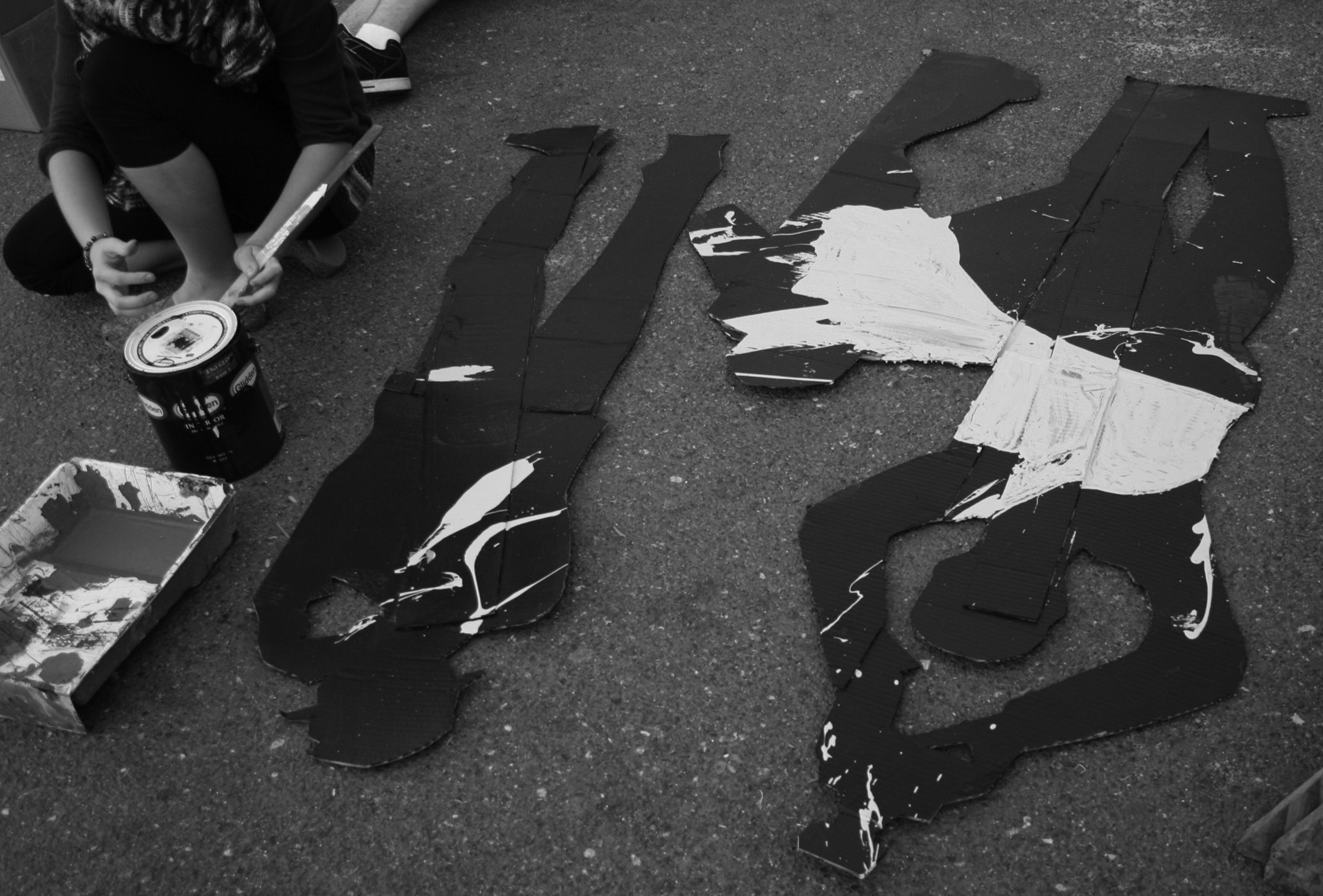 Two days before homecoming at CVHS, the students of the freshman and sophomore classes experienced an unfortunate attack. During the night vandals broke into the school, splattered paint on the freshman float and graffitied “Class of 2015” on the front of the sophomore float.

Some students believe juniors committed these terrible acts of vandalism but other students don’t know what to think.

“I don’t know who did this but it’s important that we fix the float and  move on, we will help the freshmen with their float when ours is done being fixed,” said sophomore President Konnor Callilan.

Not only did the sophomores help with the freshmen float but the juniors, seniors, and other students who weren’t originally part of the float building pitched in to make sure the other floats were put back together.

“I think that out of the senseless act, we had sophomores and juniors helping everyone out. I’ve seen seniors hugging freshmen. The most important thing that came out of this is unity between the classes,” said Assistant Principal Jason Whiteman.

“It’s great to see that tonight we have a lot more students helping out. That’s very inspiring and it’s great to see all grade levels helping each other and I hope that the students don’t take this personally and we all move on,” said Whitaker.

However, even with all the other students helping each other out, some students were still upset by what happened like freshman Treasurer Candace Ko.

“I’m taken aback that someone would do this to our float and try to wreck our first homecoming,” said Ko.

Eventually everyone’s floats were put back together and they all looked as magnificent as they did before the vandalism.

“It’s sad about what happened but great to see everyone work together and the unity at our school is adorable,” said Jenna Sparks.