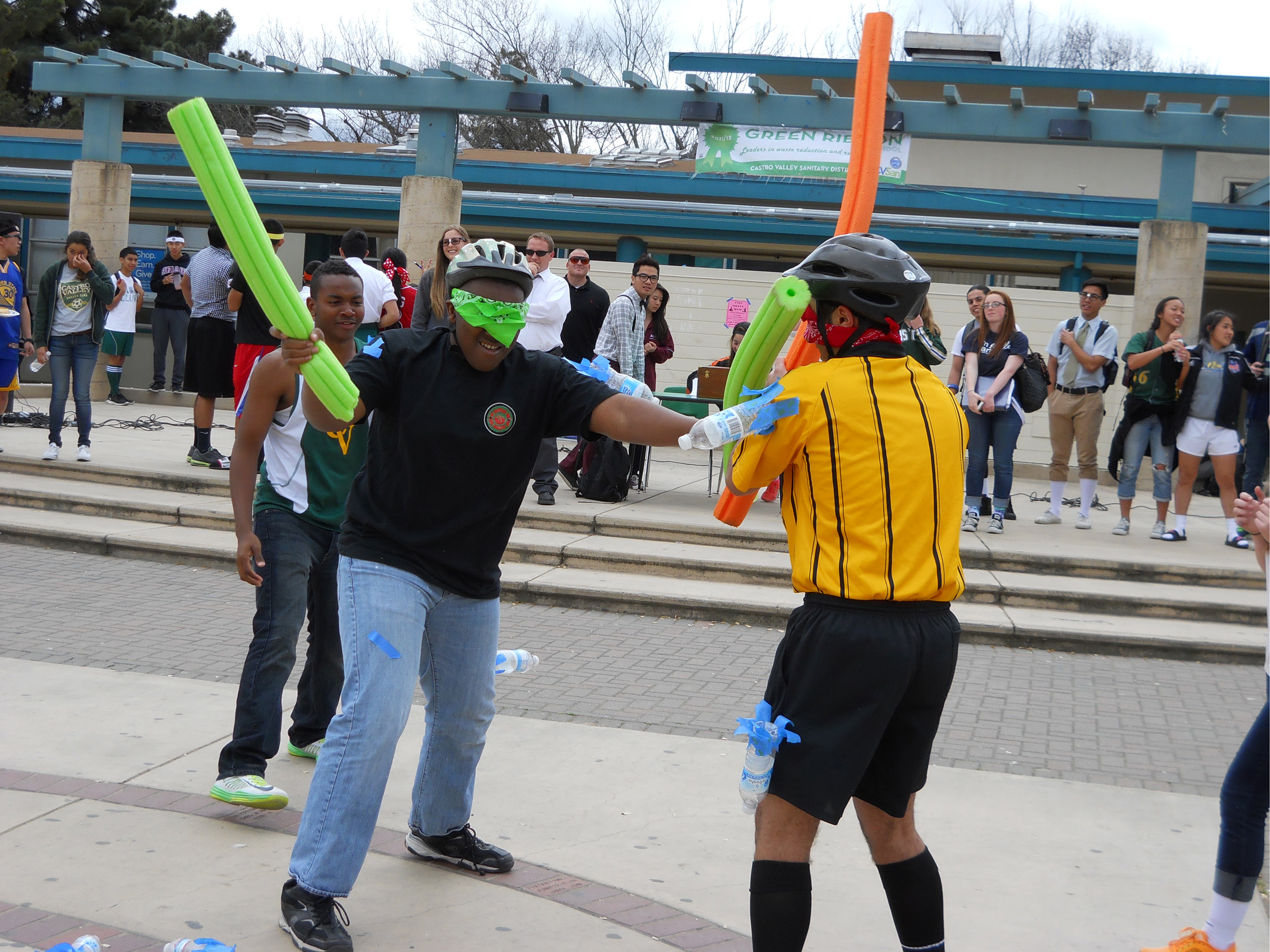 On the week of March 25, CVHS had its first ever second semester spirit week. This event featured activities such as dress up days, a talent show, and carnival.

The spirit week was a priority for this year’s ASB President Victor Hernandez-Vega, who had talked about putting one together in his campaign speech last year.

“Having a second spirit week was part of my campaign when I ran for ASB president, and it was something that I really want for the school,” said Hernandez-Vega. “As a whole, leadership felt that second semester needed more school spirit, and so in response we decided to have a spirit week. The idea grew as it was planned. In the end it evolved into dress up days, a talent show and a carnival.”

The week started off with Pajama Day. Students were able to just wake up, dress up in their favorite pajamas, and head off to school.

The dress up theme continued with Neon Day, where sunglasses were needed due to some of the outfits.

Wednesday was Athletes vs. Mathletes, which promoted fun dress up competition between jocks and nerds.

“Under the California Sun” hit off Thursday, even if California’s sun wasn’t necessarily out that day.

Friday was Trojan Day where students wore togas and green and gold to express their unwavering pride in their school.

The week felt like a success to some. However, others felt that it was a short notice and could have been planned better.

“It’s exciting to have another spirit week but I wish the school had made more announcements and did a better job advertising it,” said junior Christina Kaser. “I’ve dressed up everyday and I’m happy to participate, but I think leadership could have done more to get the school more energized for it.”

Hernandez-Vega felt that the event could be improved and leadership is planning on doing so next year but overall, spirit week was a success for students.