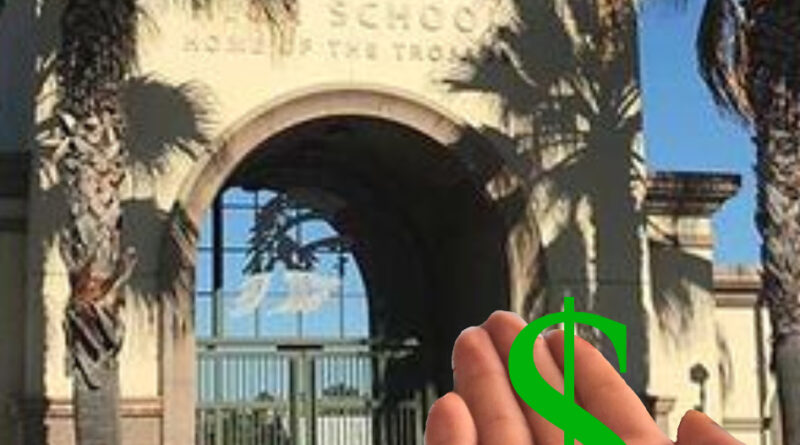 Applying for scholarships is an important part of a student’s career. In some cases, it might even make or break the career. But do they actually matter that much?

College & Career Center Counselor Allison Zuckerbrow explained why a student would want to apply to a scholarship.

“To get money for college, obviously, but a lot of times students might not want to apply because they feel their chances are not good. Scholarships can cover a lot of things including tuition, books, supplies, and money for food, so there’s a lot of different reasons,” she said.

One award available for only CVHS students is the Lindsay McDonald Scholarship. In this scholarship, Trojans with a GPA of 3.0 or higher and need money for college are eligible to receive $3,190. The deadline is March 18.

Another opportunity for Trojans is the Douglas K. Rogers Scholarship which has a deadline of March 19. This scholarship offers $1,000 to any CVHS student who wants to be an artist or an art teacher. Students who want to pursue creative writing, make pottery, or be an English teacher will have a good chance at receiving it.

Zuckerbrow also explained that even someone whose family is in a good financial situation should apply for scholarships just in case.

“I feel like it’s always worth it. Because… something could happen with your finances, and then you could end up in a place where you need it. You could use the other money to save for the future,” she said.

Senior Banoo Afkhami agreed with Zuckerbrow and believes that a student’s parents won’t necessarily pay for their college even if they have enough money to do so.

Zuckerbrow recommends applying for scholarships that are available through the college to which you plan on going.

“[Some scholarships] are through the colleges directly, so [I would check] the college websites for any scholarships at the school that you plan to attend.”

Senior Alexander Brannon says that scholarships would be a waste of time for him because he wants to join the military.

“I don’t think I really want to waste the time because I don’t plan on going to college anyway. I applied to like four schools and I got into them, but I don’t really want to go. Mr. Government Man is gonna pay for it so I probably won’t have to bother with scholarships then either.”

The pandemic is affecting the amount of scholarships available, but not by much.

“There are some sponsors who have not been able to give out their scholarship this year due to COVID. However, I’ve only noticed it with a few sponsors, so I think overall there’s still a lot of scholarships out there,” said Zuckerbrow.

Since the beginning of the pandemic, community service opportunities have dropped drastically. Zuckerbrow listed some topics students could write about in application essays instead of community service.

“They can write about community service that they did before COVID and talk about how they’ve been using their time during COVID to better themselves instead of community service,” she said.

One thought on “Deadlines approach for cash scholarships”