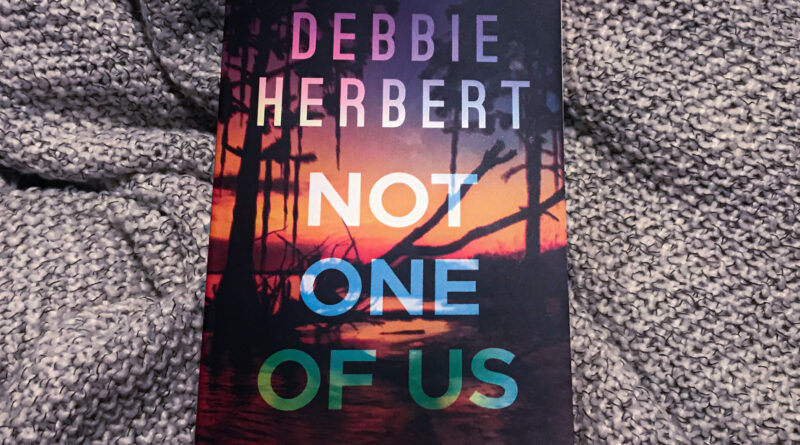 “Let dead dogs lie” haunts the back of Jori Trahern’s mind as she continues her own investigation. It makes her question, is it really worth it? Do the lies and deceits really matter? But even the threats that loom in the back of her mind can’t stop her from trying to uncover the truth.

“‘Whoever you are, I’ll find you,’” Trahern whispered.

Debbie Herbert creates a thrilling and suspenseful story in the novel “Not One of Us.” Published in February, it makes for a very great and intriguing read.

Trahern’s boyfriend mysteriously disappeared with his family 13 years ago and it has never really stopped haunting her. When she returns to her hometown Bayou Enigma in Alabama to care for her grandmother and brother, a murder causes the past to resurface and Trahern can’t let the mystery slide. With the help of Deputy Officer Tegan Blackwell, she braves threats and dangers in the present to solve the enigma of the past.

Overall, this was such a fun and entertaining read. It did not take very long to read and the middle was a little slow-paced but the flow of it was able to lead to the climax pleasantly. The writing style was very descriptive and created great visuals for readers as well.

Both of the narrators, Trahern and Blackwell, are pretty similar which made the story a little confusing at times. But it is not such a major flaw that it distracts from the storyline and thrills it holds.

With an unknown character also inserting their viewpoint and flashbacks to the past, the suspense of the novel thickens and becomes more intriguing.

And even though the murderer is a little bit predictable, the novel is still enjoyable and makes it worth it to discover what truly happened.

Every town and person has its secrets, but the true mystery is in what it takes to uncover them. Bring to light the once unexplainable mysteries of Bayou Enigma in “Not One of Us.”

One thought on “Uncover the murder mystery “Not One of Us””