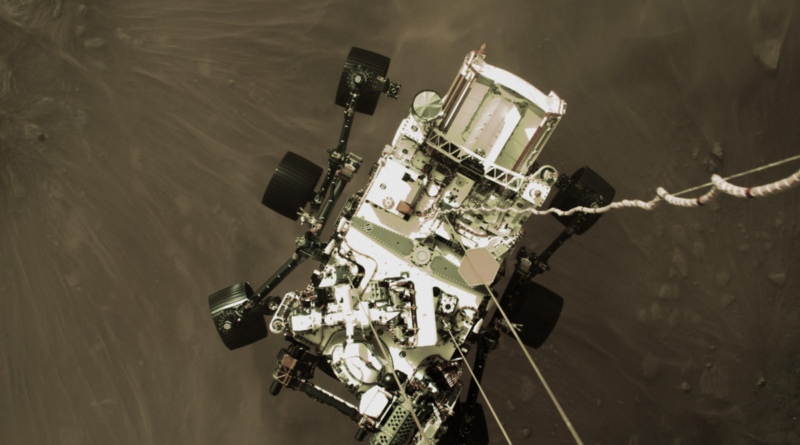 A new Mars rover Perseverance, touched down on the red planet’s Jezero Crater on Feb. 18. A room full of NASA engineers and scientists raised their hands in the air to celebrate, and they were not the only ones.

Many engineers and scientists worked on Perseverance, but the voice of the operation was Swati Mohan, the guidance and control systems engineer. Mohan started her efforts on the mission in 2013, and poured her blood, sweat, and tears into making it a success.

The main job of Perseverance is to find ancient signs of life, and collect rocks and soil to possibly be returned to Earth and investigated. Perseverance is also testing technology like an autopilot meant to help the rover avoid hazards, and also an advancement that allows us to hear the first ever Mars audio feed.

Junior Sierra Kasl Godley spends volunteer hours at the Chabot Space and Science Center, and is currently working on a video investigating and reviewing the possibility of life on Mars.

When asked what the landing of Perseverance means to her, Kasl Godley explained, “What the rover is doing is looking for signs of microbial life and biosignatures, and that’s something we can talk about too [in the video], in order to make this kind of information more accessible.”

Fottrell found value in Perseverance as well, but not quite in the same way. He described how one of his students who graduated in 2000 went on to work at NASA’s Jet Propulsion Laboratory.

“So the fields are all linked and physicists like me are still excited by the achievements of the engineers at NASA and JPL and look forward to learning what the biologists and chemists will deduce from the samples that Perseverance is able to extract and examine,” explained Fottrell.

Perseverance made an impact on many people for a variety of reasons, but as a young woman who is involved in engineering and an interest in aerospace, Kasl Godley showed a unique perspective.

“I think a lead female engineer shows everything I can accomplish. I mean, that could be me one day. Pretty inspiring,” she said.

One thought on “New Mars rover, Perseverance, attempt to find signs of life on Mars”