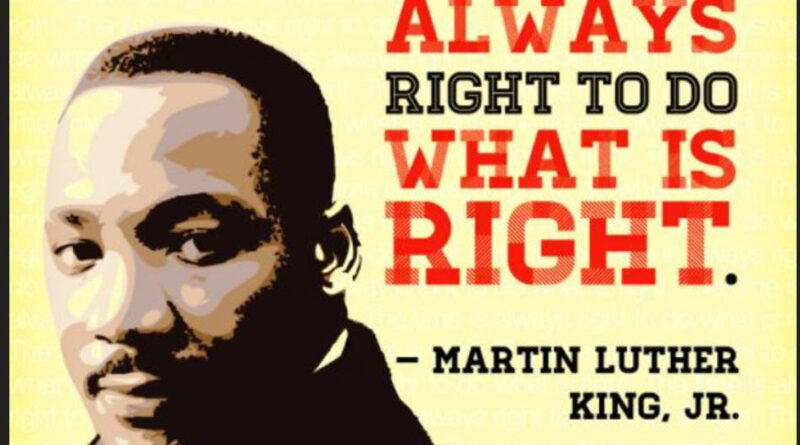 Students, teachers, and school district officials gathered to celebrate the work of Dr. Martin Luther King, Jr., and to brainstorm ways to continue the modern battle for anti-racism, via Zoom on Jan. 18. Normally, there would be various in-person meetings and celebrations, however because of the pandemic these were not possible.

Dr. Jason Reimann put together this thought-provoking event including messages from himself, Superintendent Parvin Ahmadi, and student speakers from the elementary level and up. A short video covered King’s work and his impactful Letter From Birmingham Jail. Attendees then split off into breakout groups to encourage community discussion, and gathered again to discuss group highlights.

“It is our job to include the dark skin, the chocolate, the brown, and the white, the fair-skinned black people at our marches highlighting our entire spectrum to let our children know that any of them can do what Dr. King has done and that we are doing in his name and his honor,” said CVHS senior Christian Green.

In one breakout room, participants discussed the power of the media and the idea that to combat racism, people must be properly educated.

Those in attendance also connected King’s ideals and practices to current battles being fought in the United States.

“We can never be satisfied as long as the Negro is the victim of the unspeakable horrors of police brutality,” said King in his famous “I have a dream” speech.

The 2020 police killing of George Floyd in Minneapolis led to a resurgence in the civil rights movement.

“I was sad and scared when I heard that George Floyd was killed for having brown skin, because I have brown skin too,” said Marshall school fourth grader Josiah Knight.

“It is the responsibility of the white males, the white men, and the white boys that are aware to use the positions they are in, and have been in historically, even if they do not understand the power they possess as white males at the top of the American Totem Pole, to teach their own communities about the importance of equality, and the history of minority groups who have been in the worst position and had less chances because they did not look like white men,” emphasized Green.