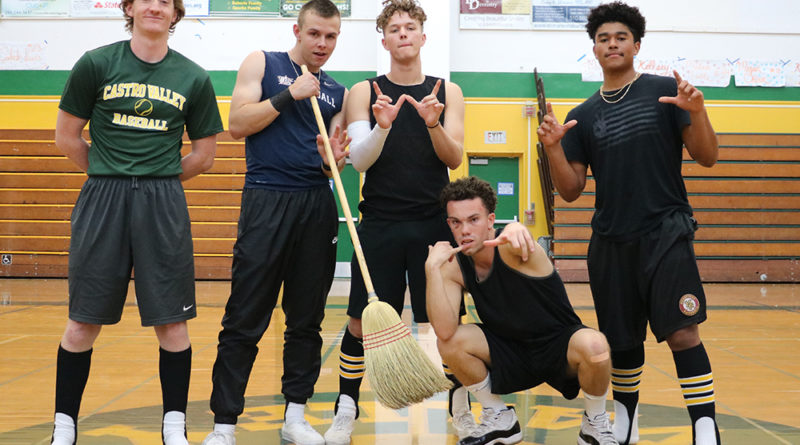 Team Get A Bag triumphed over Team Dodge Fathers in the annual CVHS dodgeball tournament in the main gym from Feb. 10 – 14.

The tournament kept the crowd excited and on the edge of their seats. Over the course of the entire week, teams were slowly eliminated until only Team Get A Bag and Team Dodge Fathers were left standing.

The championship round was a best of three games, with Team Get A Bag and Team Dodge Fathers fighting for the win.

During the first match of the championship, both teams battled right up until the end, but Team Get A Bag ultimately came out on top. The crowd was completely engaged in the game, cheering and groaning at direct hits and close misses alike.

The second match was quickly won by Team Get A Bag with plenty of time to spare. The crowd erupted as the last dodgeballs were thrown and Team Get A Bag was declared the winner.

“Domination [is unique about our playing style],” said senior David Hargrove after the game. “We knew that we were the best in the tournament.”

One of the team’s highlights from playing together was “the chemistry we have as a team, since we all play baseball together,” said Shervais.