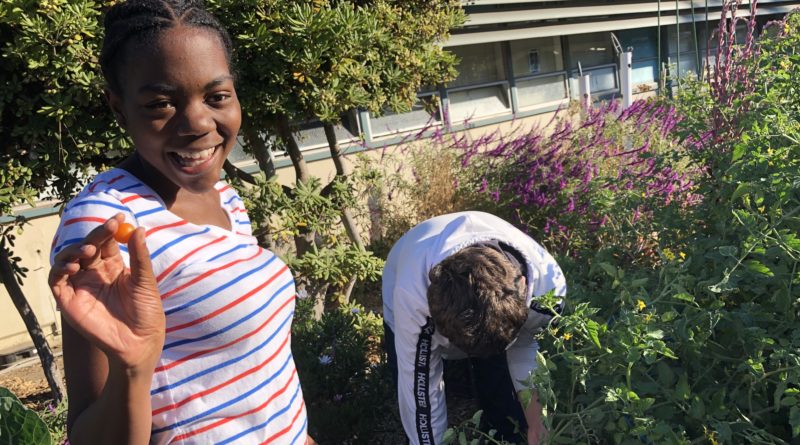 Celebrating its fifth year on campus, the high school garden is giving students in the “functional life skills” class an opportunity to try new things, allowing them to use organic fruits and vegetables grown in the garden to cook meals for their cooking unit.

“We are looking forward to sharing the bounty of the garden,” says Cheryl Fletcher.

Fletcher works alongside Claire Heppner in teaching the functional life skills class. The class incorporates community building and believes participating in the school garden works well into the notion of working in the community.

McCreary has spearheaded many projects to help our school such as creating a school habit of putting salad bar leftovers and paper plates into the compost bin daily. Alongside McCreary, health teacher Erika Ikemoto also advises the Smart Environment Club which manages the school garden.

“I really like the idea as it builds community through a task that most people wouldn’t expect to bring people together,” says Smart Environment Club President Ciara Bolt.

The Smart Environment Club plans on landscaping areas around campus that were cleared up with the help of the functional life skills class. Areas cleared over the summer, such as the front of the 600 hall and in between the 200 and 300 hall, will be used by the class for their cooking unit. Heppner and Fletcher are excited to use the garden and cook delicious meals with their students.