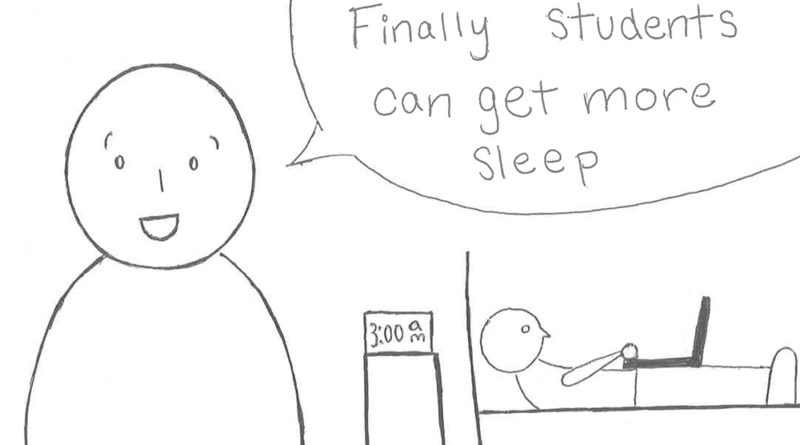 Some benefits to this new change is that students now get to catch up on sleep, which is important since lack of sleep has been linked to depression, diabetes, and suicidal thoughts and attempts. Science also has shown students are healthier and happier when they are able to sleep in a little later.

However, the drawback to this new law is later release times. At CVHS, period 6 could end at 3:55 p.m. Ending school later would also push sports and extracurriculars back, or make students miss more class. Additionally, this will give students less time for homework, which means students will have to stay up later to make up for it. This change could also make it harder for parents to drop off students. Along with that, starting school at 8:30 a.m. is not late enough to significantly help students much.

We suggest that later start times and the current release times would be the best approach. Though this means less school, it would give students more time to rest and there would be fewer issues.