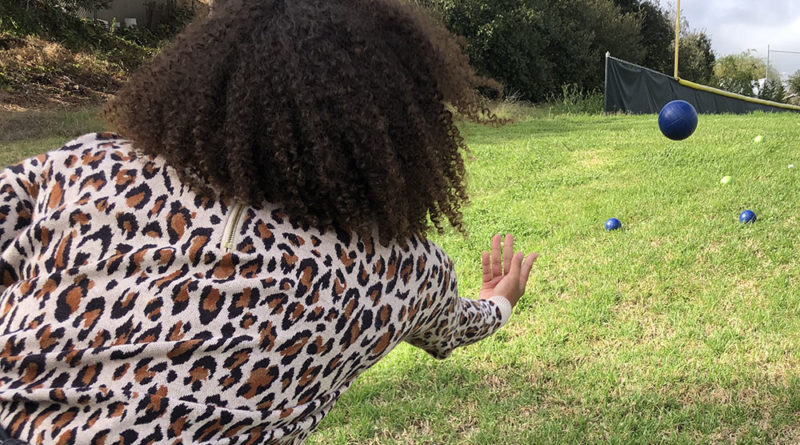 Every other Friday, the Bocce Ball Club meets after school, to play bocce ball, eat snacks, and have fun.

“The club started out as a joke, but when we decided to actually do it, the club ended up being a lot of fun,” said Bella Stuewe, Bocce Ball Club co-president.

Seniors Molly Brennan and Stuewe are co-presidents and creators of the Bocce Ball Club. The club started last year, and was inspired by the bocce ball unit in their P.E. classes. They both had a lot of fun playing bocce ball and decided to turn it into a club.

In addition to playing bocce ball, the club also has other bocce-themed activities.

“My favorite memory was when we did that huge relay race/game show, where we had people do races, and see who could toss the bocce ball farthest. It incorporated bocce ball, but it was still other activities and I remember it being a lot of fun,” says Stuewe.

At every meeting, the snack managers provide some form of Italian snacks, from biscotti to breadsticks.

“We have free snacks at every meeting, and since last year we always had to scramble around to get snacks and plan the meetings, we decided to put someone in charge of getting the snacks,” said Brennan.

At the end of every meeting, they play the famous song “That’s Amore” and everyone in the club can sing along while cleaning up the bocce balls. This club is about having fun with your friends and ending your week on a happy note.

“We’re not sure how likely it is, but it’d be really really cool,” said Stuewe.

“It’s just a fun club, you can just go and hang out, get to know people, and have cool snacks,” Brennan said.