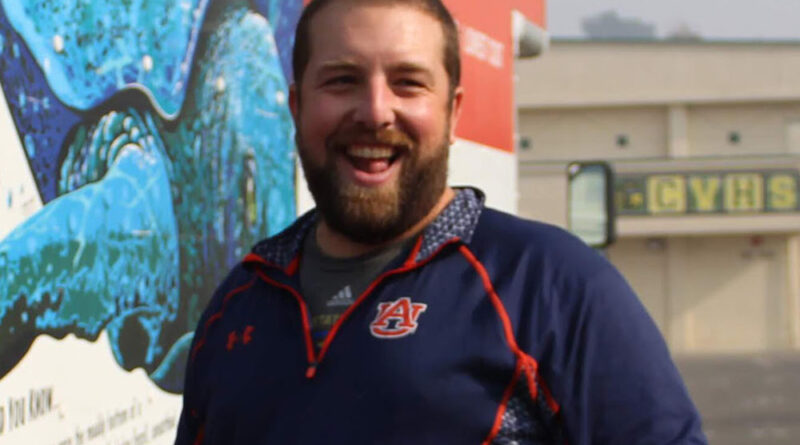 After eight years of teaching at CVHS, activities director Michael Kentris is leaving the district for Oakmont High School in Roseville. Kentris has spent much of his life at CVHS, even attending the school as a student.
“I will miss all of the relationships I have with my colleagues and the students, both former and current,” said Kentris. Kentris established many close relationships with his students while at CVHS, inserting himself as a role model for all.
“Kentris has been like another father to me while I have been at CVHS. He has done so much for this school and this community. He inspires me to not only be a better leader, but a better person as well,” said junior Devin Green. Kentris’s bond with students surpassed the standard student-teacher bond; he was able to act as family.
“My favorite memories are definitely homecoming, all the tremendous events that the school puts on, and just the massive school spirit and the culture of the school,” he said. Kentris spread school spirit in his role of activities director.
Kentris used his position to make service accessible to all members of the community, even organizing a district-wide donation drive for victims of the Camp Fire.
Coming into his position of activities director was no easy task; Kentris had to replace the late activities director Nicholas Whitaker. He did so lovingly and thoughtfully, helping the school grieve while acting in the same role as Whittaker. He keeps Whitaker’s legacy alive throughout all school events.
Roseville, Kentris’s new home, is one of the few districts in the state where the income for teachers matches the cost of living. Kentris drives a 40 minute commute daily because he can’t afford a home in Castro Valley on his salary.
“Kentris has welcomed me to CVHS and into the leadership room ever since freshman year. It’s really sad to see him go, but exciting to see him start his new life,” said senior Makena Rutishauser. Students are disappointed about his future absence, but understanding of his reasons for leaving.
Kentris’s impact on the school is extremely apparent. CVHS will struggle to replace such a kind, caring, and intelligent figure.
“I will miss everyone, and I hope that no one gets Roth-Rossi for econ,” Kentris joked.