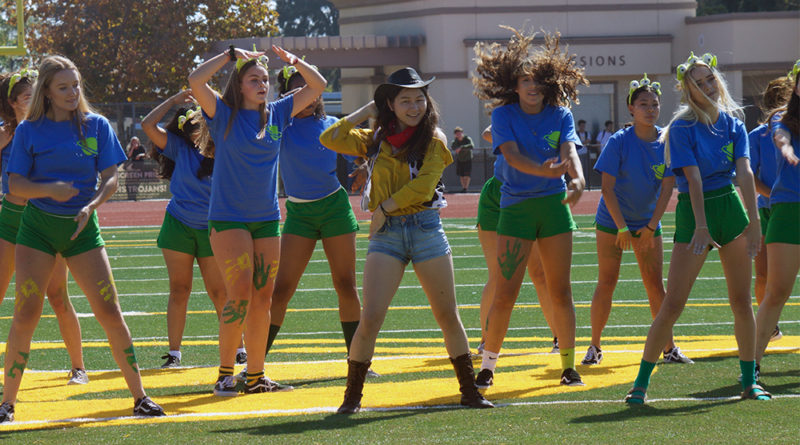 Some students zone in on one particular interest during high school, but senior Lexi Kwon has managed to pursue them all during her run at CVHS. Kwon has managed a schedule chock-full of extracurricular activities such as leadership, cheer, karate, and an internship at the Chabot Space and Science Center throughout her high school career.

Kwon barely recognizes her own major accomplishments because diligence is routine to her.

“I feel like if I’m not working hard, I wouldn’t know what to do,” said Kwon. Although she may not appreciate her own achievements, Kwon’s success is obvious to her peers.

Kwon does all of her extracurriculars for different reasons, but her favorite activities feature her leadership skills. She most recently demonstrated her leadership skills while choreographing the seniors’ homecoming dance routine. Kwon found it rewarding because it produced clearly successful results: she was able to teach a multitude of people with no previous dance experience an elaborate five minute dance routine all within the span of five days.

Despite having to manage all of her extracurriculars, Kwon still manages to make others laugh.

“I’ve never worked with someone more passionate or caring. Lexi does handles her workload with ease, and she still manages to have an amazing sense of humor,” said senior Raana Naghiegh.

Kwon’s talent is also demonstrated by her career in karate. Over the summer, she was able to attend a special karate clinic in Nevada, in which she even furthered her skills. Kwon has capped off her karate career, having been a black belt for the last five years. Karate is unique to her because she is able to be independent within the sport.

In contrast to the independence of karate, Kwon participates in the camaraderie of the CVHS cheer team. Once again, Kwon’s natural leadership skills are demonstrated through her position as captain. Kwon has been doing cheer for the last nine years, being on both the competitive and sideline cheer teams.

Kwon spends her weekends at the Chabot Space and Science Center, where she has an internship. She enjoys spending her time here because she gets to spread her love of science to others, specifically the younger generation.

Nonetheless, Kwon is nothing but humble.

“I mean, don’t get me wrong, I spend as much time scrolling through Instagram as everybody else,” she said.