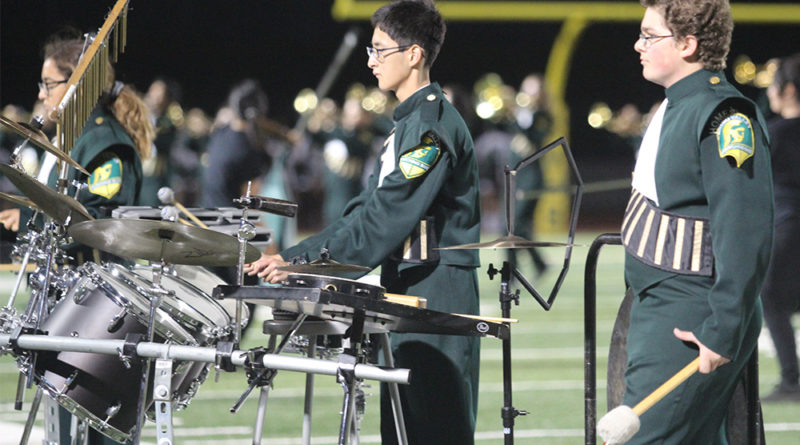 Through the bright stadium lights and deafening cheers of the crowd, the CVHS marching band and guard made its debut during halftime at the Sept. 28 homecoming football game. With the leadership of seniors Katherine Jin and Emma Yin as drum majors of the band, as well as assistant drum major and junior Alex Low, the band has improved immensely since the start of rehearsals in early August.

Last year, the band placed in the top three of the 5A division with the show “Steampunks” at multiple competitions surrounding the Bay Area, attended by over 15 competing schools.

This marching season, with multiple new hires and strong leadership, the band is expecting huge improvements. The first competition date of the 2018 season will take place at Dublin High School on Oct. 20 and kick off the competitions of the marching season.

“I feel like our culture is changing, as last year we were struggling with the idea of working so hard, but I think that this year the attitude has changed a lot,” said Alison Goodbody, senior and battery captain. “We are starting to work more seriously, we are starting to recognize band as something to be proud of.”

Band members are pleased to have come so far, and looking on to the future shows bright things. This new year has brought hope for new things in the band and they hope to keep improving and beat scores from last season.

“After three years of competitive marching, the band is really beginning to show its experience,” commented director Steven Hendee. “I’m looking forward to positive growth especially with such a visually appealing show.”