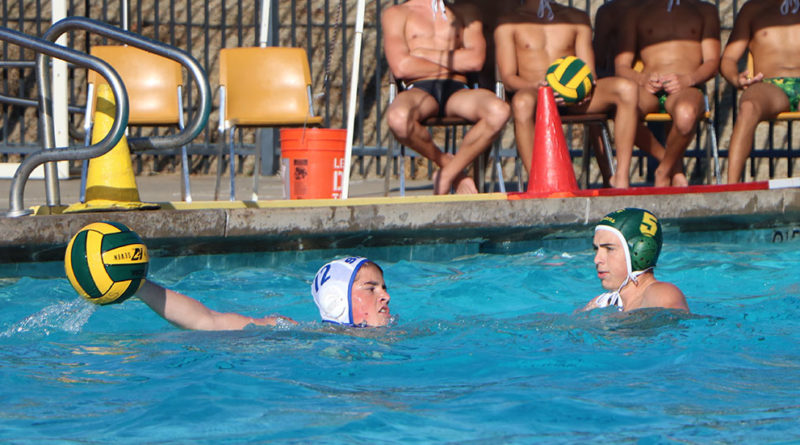 CVHS boys water polo lost 10-9 to the Piedmont Highlanders in overtime in a nail-biter full of controversy for senior night on Oct. 24. With a full house and a crowd so raucous one of the referees asked them to quiet down so he could talk to his compatriot, the Trojans and Highlanders fought a hard battle exchanging goals back and forth.

Throughout the first four quarters, no team held a lead of more than one as the players struggled to find advantages to exploit. CVHS goalie Liam Griffith dominated the cage, blocking many of Piedmont’s shots and helping to keep the Trojans even with Piedmont. The Trojan offense managed to fight through a physical Piedmont defense and score eight goals in regulation.

“We fought hard against them the whole game,” said senior Diego Agron, attacker.

At the end of the fourth quarter the score was tied at eight, and that meant it would be going to overtime. Piedmont managed to come out and score first in overtime, but players and fans thought the referees were not calling fouls against the Highlanders that they felt were obvious.

“They played dirty, cutting up our guys, and the refs were making calls, or not making calls in some cases, that gave Piedmont an advantage,” said senior Sterling Daly.

Right before the end of the first overtime period, a penalty was called against the Trojans that gave the Highlanders a penalty shot, leading to boos and outraged shouts from the Trojan crowd. With a made penalty shot, Piedmont moved the score to 10-8.

After a long conference over a game clock malfunction, the teams switched sides and prepared for the final three minute period of overtime. With the hype of an unusually large crowd, the Trojans scored a goal, but did not have enough time leftover to score another, ending the game 10-9.

Being the final home game of the season, there was a ceremony celebrating all the senior players who would not be playing in the CVHS pool again.

Senior Ryan Brookens had a positive outlook on the game. “We kept our cool throughout the entire game, even when things got intense. We were playing for each other that night which was amazing.”