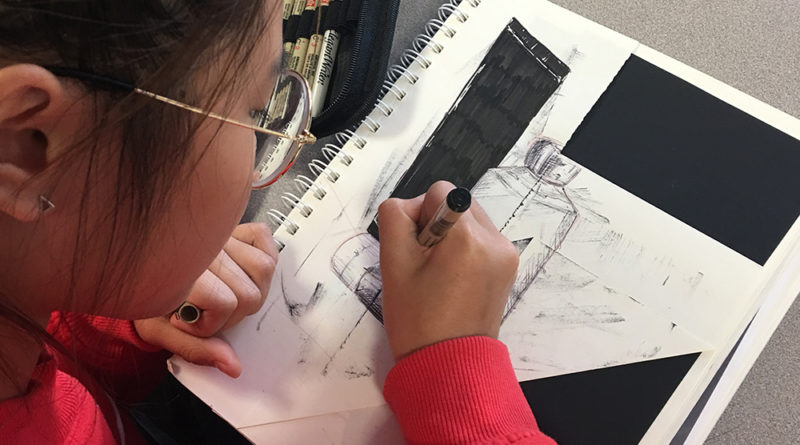 Since she started drawing at the age of four, senior Jessie Ng has grown her passion for art by designing and selling t-shirts, hoodies, and crewnecks and donating profits to the David Shepherd Wildlife Foundations to benefit the Thai tigers. Ng is a talented artist who is trying to use her art to garner awareness and justice for animals treated cruelty in Thailand.

This summer, Ng went to Thailand with her family and went to the Sriracha Tiger Zoo for a relative’s birthday where she witnessed many acts of animal cruelty throughout the zoo.

“Seeing the tigers in their cages being handled so roughly and cruelly was depressing and made me so upset because I love animals so much. I couldn’t stand watching them be treated that way,” Ng said.

Ng describes the tigers as malnourished, abused, and living in unsanitary environments. She explained her experience to be completely unethical and different from zoos in the U.S.

Ng was inspired to make a change for the tigers after having a conversation with her dad in which he told her she couldn’t do anything to help the tigers since they were a large attraction in Thailand.

“I wanted to donate because my dad told me there was nothing I could do and after thinking about it, I realized I could put my effort into donating and raising awareness,” Ng said.

Once Ng returned from her trip from Thailand and was back in the U.S., she started to research charities she could donate to. After researching, she found the David Shepherd Wildlife Foundation.

Ng used her talents as an artist to design t-shirts, hoodies, and crewnecks that she is currently selling on her Instagram @jessiemines. Other art that she has made is on her art account @doodlingdiaries.

One thought on “Local Artist Draws for a Cause”