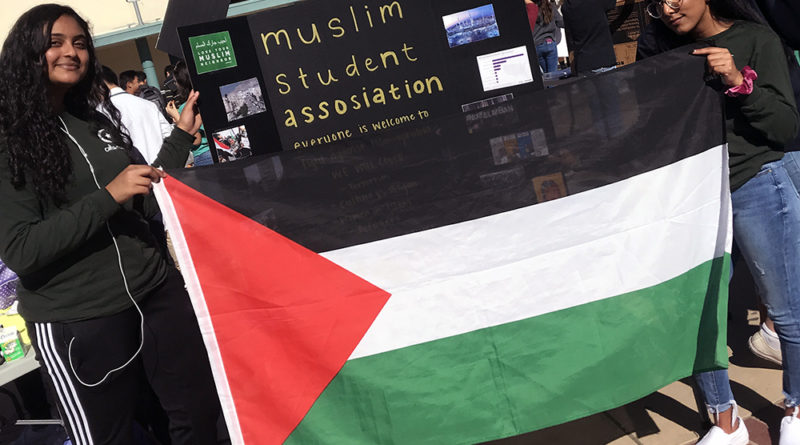 For the first time ever, CVHS has a club for Muslim students and those interested in learning about Islam. Founded this year by the current president Addie Bukhari, the Muslim Student Association (MSA) aims to educate and inform students about Muslims in our community.

Bukhari says that she wanted to start this club freshman year when she became politically active after seeing the treatment of minorities in the US and the rise of hate crimes against her people. She saw the media’s portrayal of Muslims; they were only broadcasted when it concerned terrorists and not the peaceful majority. Her goal in creating this club is to educate people on what’s going on in Castro Valley’s Muslim community and those worldwide.

Bukhari teaches members of the club by sharing her experiences as someone who grew up in a Muslim family and conducting research for club-wide discussions. Members present videos and powerpoints to contribute and spark discussion on topics that vary by meeting.  Bukhari says that she hopes to inform members without any bias and allow everyone to formulate their own opinions.

“My main purpose is to inform rather than persuade, that way my members can obtain knowledge. Then its up to them to decide what their opinion is,” said Bukhari.

MSA is all about seeing both sides. It’s about trying to understand why people see Islam the way they do and to make them see that Muslims in our community aren’t violent terrorists, they’re like everyone else: they’re American. The goal is to help people understand the struggles of Muslims everywhere and to create a safe environment where everyone can express their opinion, creating a mutual understanding to strengthen the sense of community around us.

The MSA believes that it’s important to have a place where people can discuss differences in opinion in a constructive and understanding manner because we are living in a time where political discussion is something difficult and often aggressive.