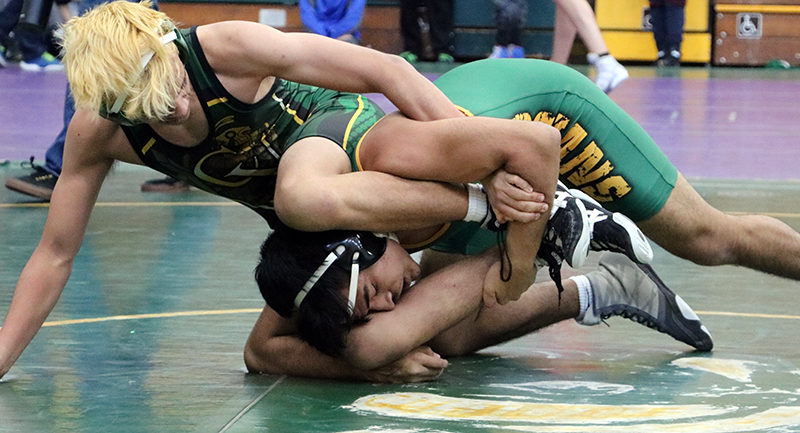 Tension was high as the final boys all level wrestling tournament took place on Feb. 17. The top two teams of the season, San Leandro High School and CVHS both previously went to NCS where CVHS placed higher.

This rivalry was evident at the last match of the season where the Trojans again beat the Pirates, winning the WACC championship.

Scores were intensely close as CVHS earned 215 points and the Pirates earned 207.

“Hosting the league tournament and being able to destroy San Leandro brought back the CV pride that has always been imbued in our performance,” said sophomore Kris Darrin.

Aaron Bull and RJ Maes came out on top in the light weight brackets.

Wrestlers in each weight bracket competed fiercely, most winning by pin. In the light to middle-weight brackets, Darrin competed very strongly and made seven pins in his match.

“Earlier this year in the league duals we lost to San Leandro as a team. Since then that’s been our goal, to get revenge on San Leandro and prove we’re that much better,” said Darrin.