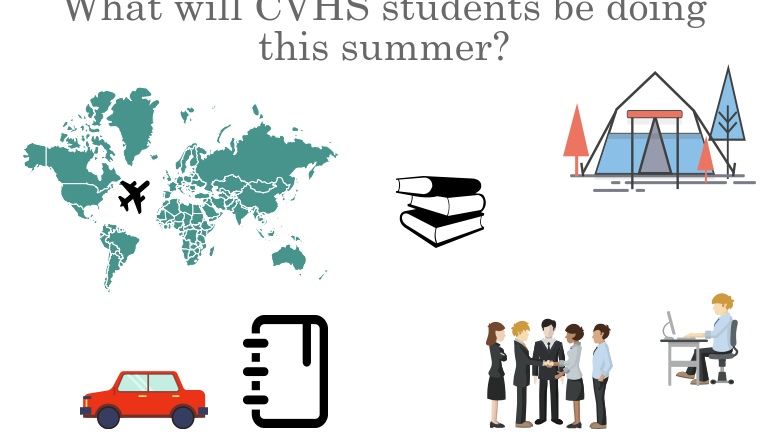 Many CVHS students are in for a busy summer this year, one packed with travel, hard work, and plenty of fun.

Sophomore Anusheh Abdullah will be all over the world this summer, first traveling with Spanish teacher Claire Enseñat and a group of students on a trip to Spain. For the 13 days that they are there, the students will sightsee, attend a language school, and learn about the Spanish culture. After Spain, Abdullah is off to London to visit family and friends, followed by sightseeing stops in Greece and Paris, spending almost two months in Europe in total.

Noah Iles is going on a different kind of adventure this summer. He’ll be spending some time camping in the Santa Cruz mountains. “I’ve been going there for years, and I look forward to it all year. It’s my favorite part of summer,” said Iles. He’ll also be doing his share of work with a paid internship in San Leandro with tech company OSIsoft, and when he’s not camping or working, he’ll be working towards his driver’s licence.

While some Trojans will be spending their summer travelling and exploring, Emma Moreno will be working hard, dedicating her summer to her travel softball team. “We’ll play on local fields like in Hayward and Fremont, but we’ll also be travelling to Los Angeles, Las Vegas, and Reno for games,” she said. “It’ll be fun to be with the team, but the travel gets tiring.”

Matt Anthony will be traveling too with a fourth of July trip to the MGM grand in Las Vegas, followed by a week long trip to Hawaii in August to finish up the summer.

These CVHS students and many others like them are more than ready for their exciting summer plans. Even though they may only have a few short months, they are set to make the best of them.