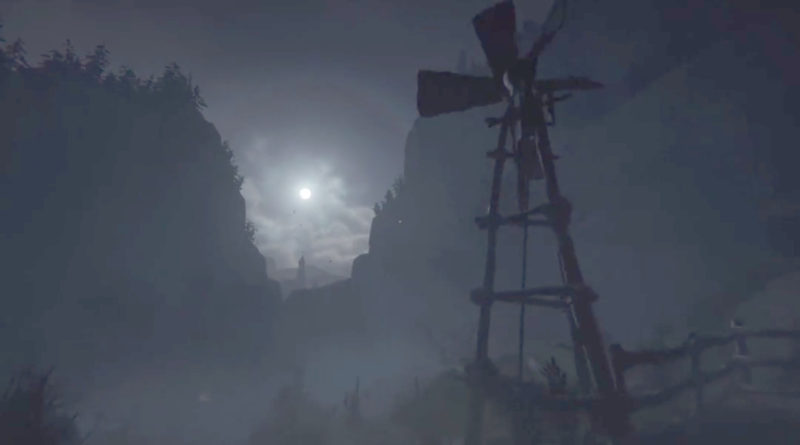 “Children, you lovers of God and registration defenders of His paradise, all our years of suffering come together now on this glorious day of peace……Peace!…Ready your knives, for the good earth thirsts for blood, and we, like the angels must show no mercy. God loves you.” So players of Outlast 2 are told.

Outlast 2 is a first person survival horror video game, developed and published by Red Barrels for Microsoft Windows, PlayStation 4, and Xbox One.

The story of the game starts with a journalist named Black Langermann, who is also the cameraman of his wife, Lynn Langermann. They go to a desert in Arizona to investigate the murder of a pregnant woman named Jane Doe. However, their helicopter crashes and they get separated. Langermann has to go to a village to find his wife. Meanwhile, the dark secret of the village starts to come upon Langermann.

Similar to predecessors Outlast and Outlast: Whistleblower, Outlast 2 is a single-player game set place in Sonoran Desert of northern Arizona. The only character who can be controlled by players is Black Langermann. In the game, players can’t fight with the enemies, but only hide, run, jump, or climb to escape from the villagers.

Langermann has limited power, so his speed keeps decreasing until he stops and takes a break from running. The only thing Black has is a night vision camera. When players use the night vision, the power of the camera will decrease a lot faster, so players have to collect the battery in the village to keep the camera working.

According to Metacritic, the scores of the players is mostly around 7.5/10. IGN gives the rating of 8.3/10 to Outlast 2. “Outlast 2 is a terrifying successor to the 2013 original that keeps the scares coming at a relentless pace,” according to Lucy O’Brien.

When you play this game, I strongly recommend that you watch a horror movie first, and play it in the darkness before you go to sleep. Then, you can have the full experience. After all, it is a horror game.