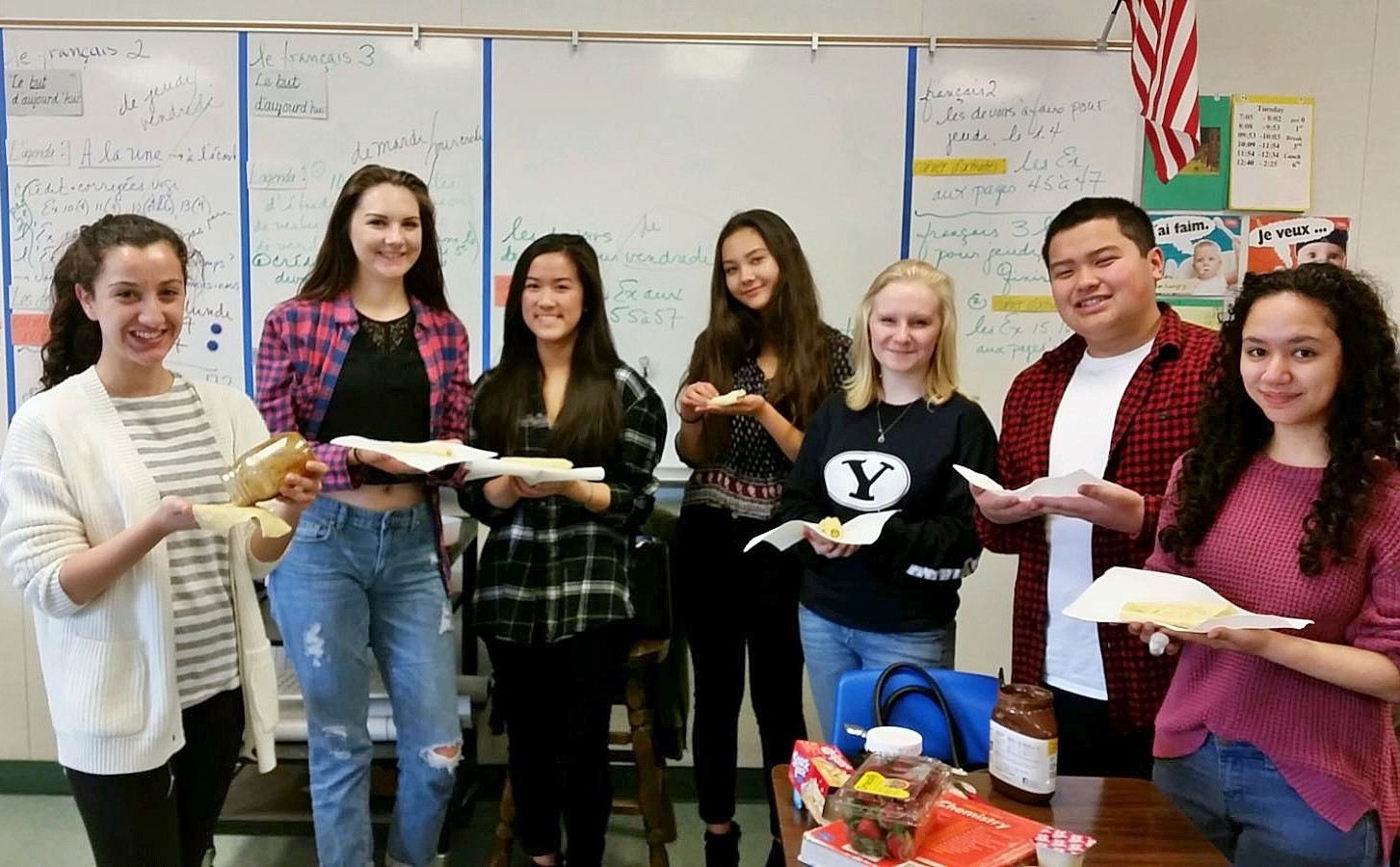 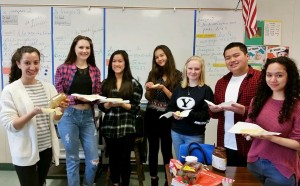 Walk in to room 911 for the French Club, and there will be Nutella, jam, fresh strawberries, and honey.  This by itself could be a great snack, but then sophomore club president Keith Vega pulls out some crepes, and the situation is now ten times more delicious.

“The goal is to draw people in with French culture, like the food. We hope that these interactive meetings will show that the French are more than just people who go around saying ‘bonjour,'” said Vega.

The club’s first meeting was on Tuesday, March 31, and the members plan to hold a meeting every other week. The club is open as well to those who aren’t a part of the French program. This is the first time in over four years that a French club has been at CVHS.

One of the goals of the club is to get more representation of the French language program through t-shirts, meetings, and fundraisers. The French program is the only language class that does not have a T-shirt, sweatshirt, or crew neck.

“This club was formed all because of T-shirts,” Vega joked.

Besides food, the club hopes to find newspaper and magazine articles from France and share them at meetings, to keep current in what’s going on in France with topics such as the economy, politics, and fashion.

“It’s good that the program is being given a little ‘oomph,’” said French teacher Teresa Marshment.

She says that the club was all of Vega’s idea, and is very happy that this is happening.

Stop on by to the newest and greatest addition of the French Club! A savory ham and cheese crepe or a sweet strawberry Nutella crepe will be waiting!