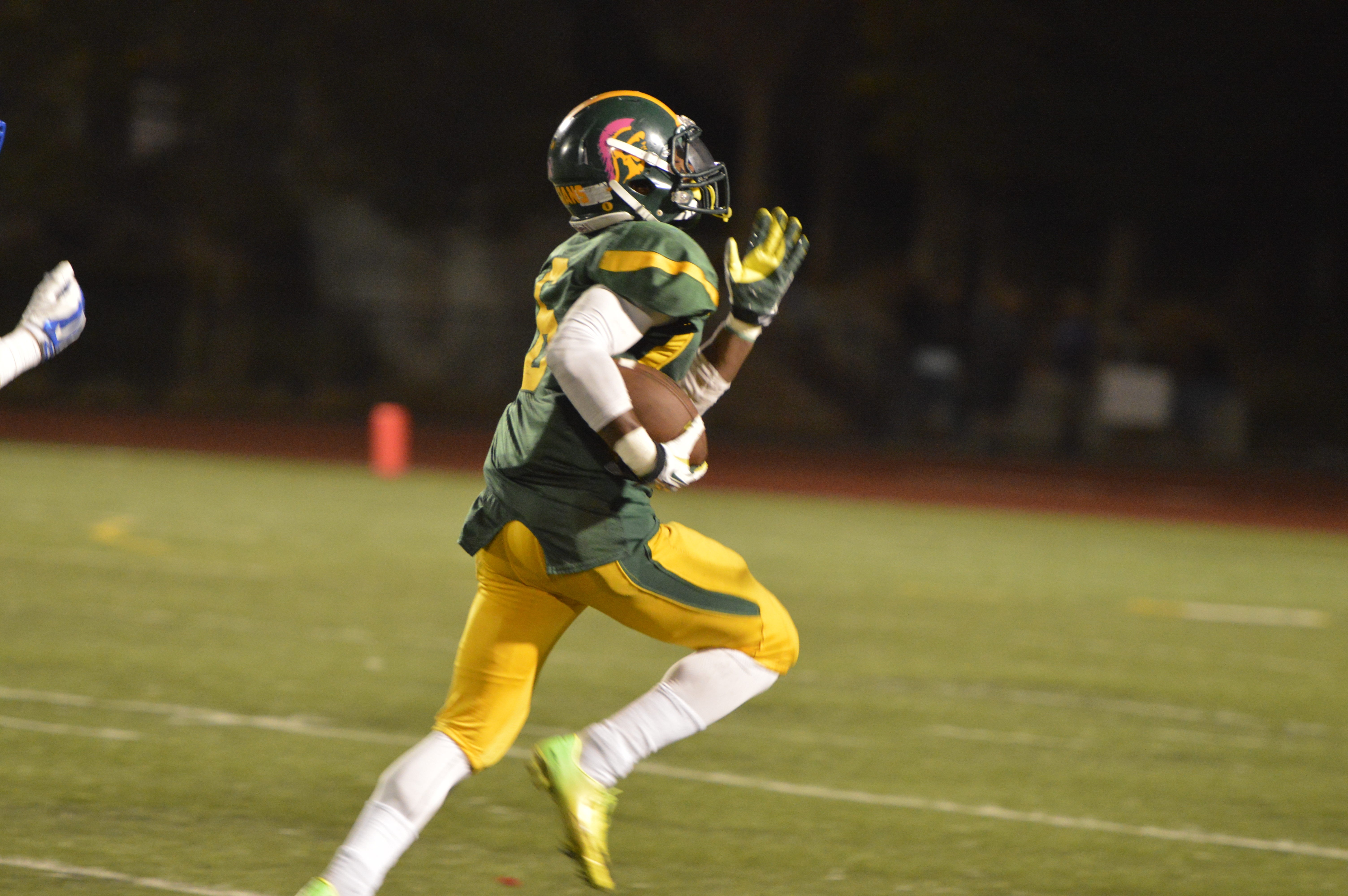 Namane Modise has been doing outstanding for the last couple of years wearing the Trojans varsity football uniform. His success has led to the possibility of being recruited for a college football team to play and continue his education.

Modise has been a key part to the varsity football team, making outstanding plays in the field like the 95-yard run for a touchdown against Encinal High, while also scoring four touchdowns that same night.

When asked about his college plans, Modise said, “Go to Cal, get a good education, play there and get my degree of course and hopefully go to the NFL draft.”

Modise wants to have a successful future and hopes to secure a degree in case football doesn’t work out. Modise is definitely motivated to make his dreams a reality.

Modise is a very respectful player and isn’t selfish with all the recognition he is getting. He doesn’t have a goal for himself but he has a goal for his team: he wants the whole team to do well and contribute.

“Honestly my goal is for everybody. I want the seniors to leave here feeling like they left everything out on the field,” he said.

Modise doesn’t only worry for himself but is a team player and cares for all his teammates.

As the football team’s running back, Modise hopes to “have a big impact for the next generation that’s coming up for football.”

Modise holds ambitious goals to improve himself, saying, “I think I need to definitely get bigger, hit the weights, become more disciplined with everything and my work ethic, not just from working out on the field. Even things like making it to class on time. I feel like I could be more of a leader and I would like to have more people rely on me. I like to be trustworthy so people can depend on me.”

Modise is the type of player that plays for the name on the front of the shirt, not the back, and thanks to his incredible work ethic, he is where he is today.

Other people acknowledge Modise’s success, accomplishments, progression and improvements. Nic McMaster, the varsity football coach, said Modise is a bright young man with a good future. He doesn’t know where exactly Modise will continue to play but he knows he will be playing somewhere else.

“He’s a real good, hardworking kid. He leads by example type, which I like and appreciate.” said McMaster. The coach really appreciates Modise’s leadership on the field and he is proud of Modise for improving academically in order to have a better future for himself.