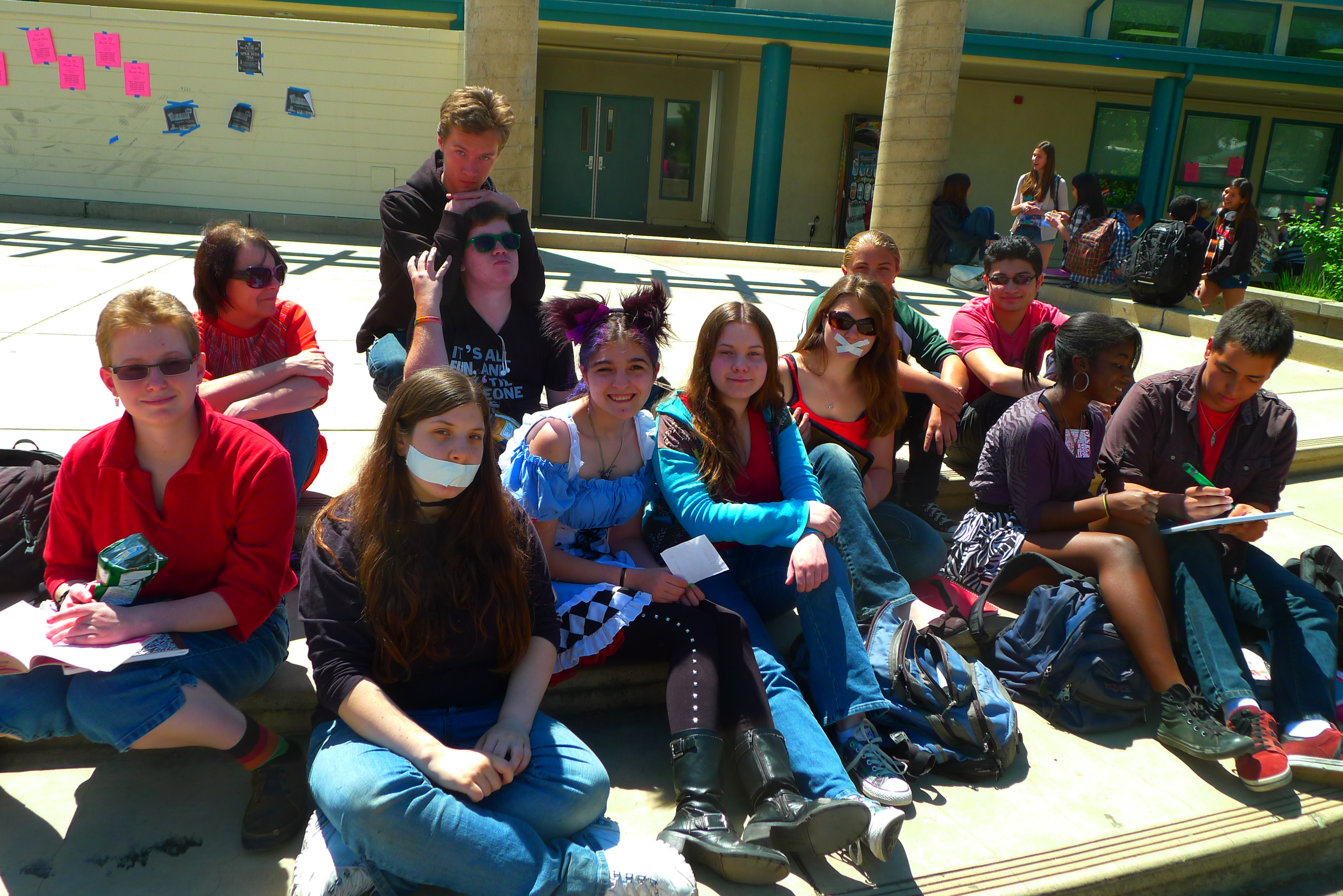 Pink Floyd once sang that a silence can speak louder than words. Many CVHS students took these words to heart by remaining silent on April 19 in order to bring awareness to anti-LGBT bullying during the Day of Silence.

The annual protest was brought to students’ attention by the CVHS Spectrum Club, which posted flyers to educate students about Day of Silence and encourage them to participate. Those who took part did not speak for the duration of the school day and wore red to show their support.

Many participants said this year’s effort was one of the most successful attempts to educate the student body about LGBT harassment since CVHS began hosting the event.

“We definitely had more people who knew what was going on this year than any other year,” said senior participant Katherine Kolden.

Over 20 students took part in the Day of Silence. The participants supported one another and drew awareness to the event by sitting together in the courtyard during lunch. After the school day ended, students gathered once again to “break” the silence.

Day of Silence was first held by  the University of Virginia in 1996. There was a push to bring the event to middle school, high school, and university campuses nationwide in 2008, which resulted in the participation of over 8,000 schools.

The student body generally approved of the Day of Silence and many gave their support to those who were taking part.

“Of the people that talked to me that day, they were all pretty much positive,” said Spectrum president Caroline Cady.

However, there were a select number of students who publicly voiced their opposition to the event.

“I had one kid in my class who openly tried to talk to me constantly throughout the day, saying, ‘Well I oppose gay rights, what about you?’” said participant Deric Van Damme.

Other students received harassment as well.

“I got a couple of people who said “fag lover” but nothing serious, nothing dangerous,” said participant Eleanor Kaj.

But even with the hostility, those who participated said this year’s achievements form a foundation for a hopeful future.