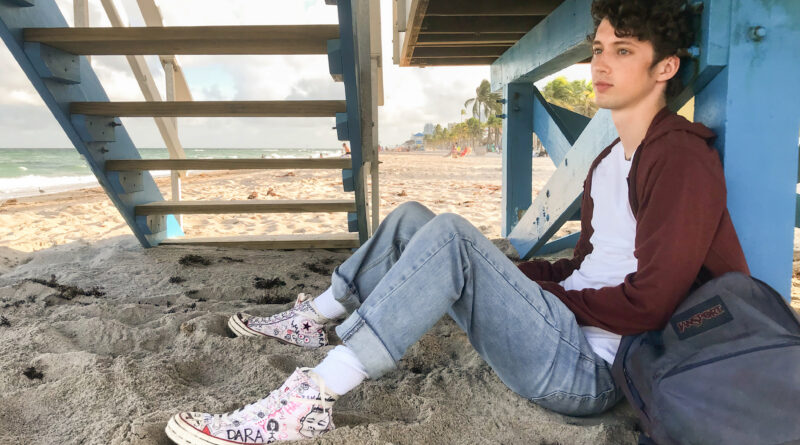 You are 18. Your boyfriend broke up with you and you end up getting wasted at a bar and hooking up with a random stranger, maybe not your best idea. At all.

“Three Months” is a film following a gay teenager, Caleb, after he is exposed to HIV during a one-night stand. He has three months until he learns the results of his test, and spends the summer after his high school graduation in anticipation, with another boy, Estha, who also got exposed. It follows how their friendship turns into something more, as well as Caleb’s relationship with the other people in his life, his best friend, Dara, and his grandmother and her partner.

This film deals with dark topics but overall is aimed and directed at young people. It maintains a youthful and comical air, all while being able to discuss serious topics like HIV and Aids, STIs, generational expectations, and being ostracized from your family because of who you are. It is filled with emotion and heartfelt moments, but also with witty one-liners and teenage awkwardness. It is able to balance the two moods really well.

That is what stood out to me as I was watching the film. This movie wasn’t like every other gay or queer film that I’ve seen or read about before. It wasn’t a straight rom-com with two people of the same gender, nor was it a dark tragedy, two lovers pulled apart because they were gay. You got both. It was a comedy, but also had the plot and development of a drama. And the drama was a new take on a topic that is often avoided and hidden in society, the reality of HIV and AIDs in the queer community, and more.

“Three Months” was able to create a conversation around this topic that is approachable for young people, especially young MLM people. It didn’t dilute the topic or make it seem like it was just a mere possibility. It also didn’t treat it as a death sentence. People can and do live with HIV or AIDS every day, it’s hard, it sucks, but it’s possible. Opening this conversation up allows for less stigmatization around the topic and will hopefully make it less taboo.

The movie itself was enjoyable to watch, the settings and the music really helped to create feelings of nostalgia for the 2010s and the overall vibe of the film was very pleasant to watch and immerse into.

If you are looking for a witty comedy, with just a touch of drama, to watch one weekend I would definitely recommend “Three Months.”