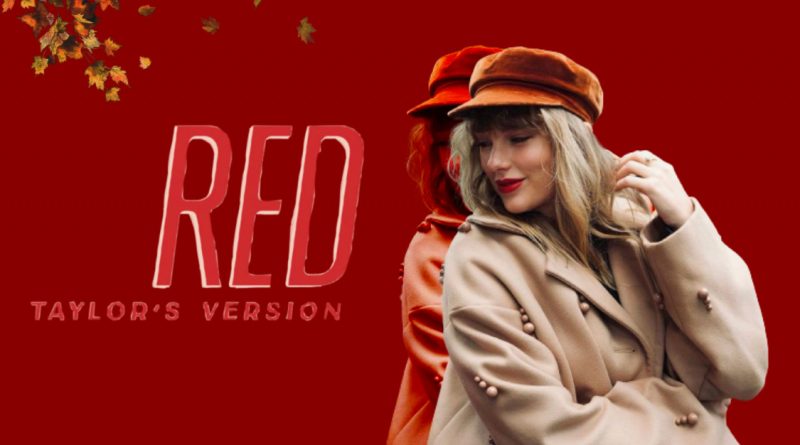 “Lord, what will become of me / Once I’ve lost my novelty?” wonders Taylor Swift in her recently released track “Nothing New.”

Written ten years ago at the age of 21, the song depicts Swift musing upon her future: one of uncertainty and difficulty living up to, considering her past successes at such a young age. “Will you still want me when I’m nothing new?”

Looking back now, the topic seems silly. Swift has maintained her relevancy for 15 years and continues to stun audiences with her masterful lyricism and heartfelt emotion. She is capable of breaking records time and time again — even with decade-old music. Her re-recorded album “Red (Taylor’s Version)” proves that Swift is more than just a musical powerhouse; she is the music industry.

Originally released in 2012, “Red” is Swift’s fourth studio album. She dabbled into numerous genres, marking a transitional period between country and pop. Full of sorrow, frustration, and angst, the album’s lack of sonic cohesion perfectly captures the passion and messiness of heartbreak. “Red” has garnered worldwide success and was named No. 99 in Rolling Stone’s 500 Greatest Albums of All Time this year.

Now, at the age of 31, Swift is revisiting her 22 year-old self in an effort to own her master recordings. With “Red (Taylor’s Version),” she improves upon an already stellar album. Her vocal delivery is more clear and robust; the production is more polished. Lasting two hours over the span of 30 incredible tracks, Swift also extends the tracklist with the addition of nine previously-unreleased songs “from the Vault.”

Of those nine tracks, the standout comes at the album’s end: “All Too Well (10 Minute Version).” Arguably the greatest song in her discography, the original trimmed-down “All Too Well” quickly became a fan favorite. Much to the delight of her fans, Swift decided to release the full 10 minute 13 second song — accompanied by a breathtaking SNL performance and self-written and directed short film.

In “All Too Well,” Swift reflects upon a breakup, her story threaded through by a scarf that her past lover still keeps. “You call me up again just to break me like a promise / So casually cruel in the name of being honest,” sings Swift.

While the song’s shortened version is sorrowful and longing, its new sibling is angrier and unapologetic: highlighting an imbalance of power between the couple due to a gap in age. “You kept me like a secret, but I kept you like an oath.” Ten years later, Swift analyzes the love affair at a distance, for she has healed and moved on. “Just between us, did the love affair maim you too?”

Once again, Swift demonstrates her incredible storytelling abilities through the lens of her past self. In “Red (Taylor’s Version),” she returns to and perfects upon her discography. The world can relive 2012 and once again feel 22: with a dash of nostalgia and greater appreciation for the greatest songwriter of our generation.