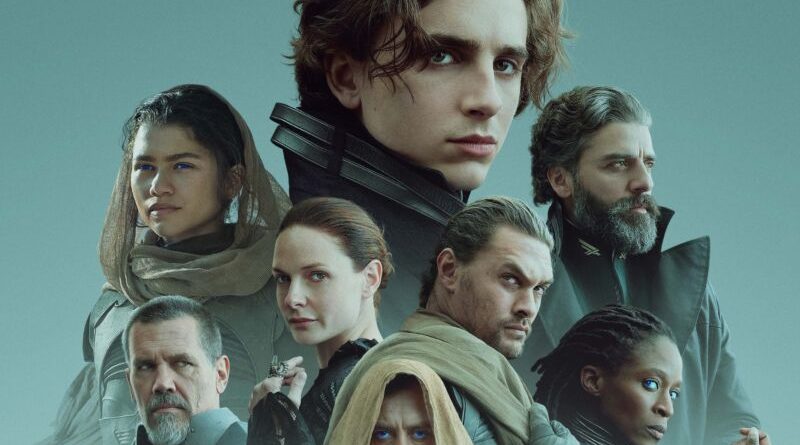 Directed by Dennis Villanueva, “Dune” captures all of the modern aspects of film. The cinematography, sound design, set design, and story are all breathtaking and unique compared to what viewers are accustomed to. From the sounds of spectacular futuristic spaceships to visually awe-inspiring landscapes, it has a lot to offer to people willing to sit through a two-and-a-half-hour movie.

In 1965, a book entitled “Dune” was published by author Frank Herbert. Although sci-fi existed as a genre prior to the release of “Dune,” I believe that Herbert’s novel truly ignited a vision for the future of Sci-Fi. Herbert’s novel was unique because it focused on the politics, society, and religion of future generations instead of technology. In fact, it is a plot point that artificial intelligence was banned in the “Dune” novels. Although the book’s complex language is unnecessarily confusing at times, the idea behind the book is quite genius.

Just like the book, the movie follows a teenaged Paul Atreides, heir and son to Duke Leto of House Atreides. At the beginning of the movie, Paul’s family has been gifted the desert planet, Arrakis (or Dune) by the Emperor. Arrakis is home to a very valuable resource called Spice. Spice is used all across the universe to raise the awareness and intelligence of humans. In Paul’s world, whoever controls spice has an immense amount of wealth and power. Now that the Atreides family controls the production of spice on Arrakis, they are seemingly destined for success.

It seems that the “third time’s the charm” for the “Dune” Universe, as there have been two other attempts to capture this classic novel on screen. In 1984, David Lynch directed an ambitious movie based on the first book of “Dune” which was not well received. Then, in 2000, a series based on the world of “Dune” came out which was unable to gain traction. With Villanueva’s vision of the world of “Dune,” an acceptable movie version of Frank Herbert’s masterpiece has been created.

Having read the book, I was pleasantly surprised at how true the movie stayed to it. The movie accomplished a large amount of the world-building included in Herbert’s lore-filled book. I was especially impressed by how the movie handled the many characters from the book. Almost every character in the movie is somewhat complex, having multiple goals and motivations. The relationships between the characters were also notable in their complexities. Much of the movie is focused on Paul’s relationship with his mom, which is unexpected in a coming-of-age story. It gives the action of the movie more depth and meaning.

“Dune” is a unique film in that it draws audiences from fans of many different genres. Everyone will find something to appreciate in this film. It has heart, action, intrigue, and drama all tied together by Villanueva. Although some have complained about the first movie not having a definitive ending, I believe that audiences will be more satisfied once they see the second part in 2023. In my opinion, I believe that “Dune” is the first installment in a very successful series.

6 thoughts on “‘Dune’ – The Next Great Movie Series”