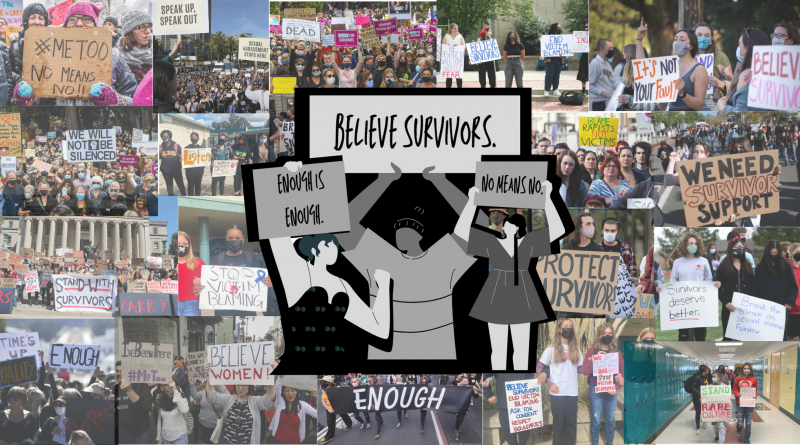 According to Rape, Abuse & Incest National Network (RAINN), every 68 seconds an American is sexually assaulted. About two-thirds of these cases go unreported, and victim blaming culture does not help.

The following quotes are shared by a CVHS student who wishes to remain anonymous.

“Victim blaming is still a huge problem and I didn’t even realize until people started victim blaming me,” said the girl.

While increased media awareness regarding sexual assault encourages people to support victims, the fact that it’s 2021 and we as a society are “progressive” does not mean these issues have been resolved. It might appear that because more people post infographics to their Instagram story with aesthetic fonts stating to believe victims, victim blaming no longer occurs. But, in reality, this overshadows the fact that many survivors still receive hateful backlash from those who pin them as lying or vying for attention, and their stories are often invalidated.

“A lot of people made me feel as if it was my fault I was assaulted…I felt shameful and embarrassed to share my story,” the girl said.

Survivors should not feel shame for something that they had no control of. Small remarks, such as “What were you wearing?,” “But they’re such a nice person,” or “I’ve been friends with them for so long, they would never do something like that,” create a culture that function in favor of the perpetrators and silences survivors. It does not matter what a survivor was wearing at the time of an assault because an outfit is not consent. A perpetrator’s reputation does not exempt them from engaging in this behavior, no matter if it is something you’d “never expect” from them.

Creating excuses or comments that question the validity of a victim’s story makes you complacent in victim blaming culture. False accusations only account for two to ten percent of sexual assault allegations, yet more people focus on an allegation being false than believing a victim is telling the truth–as if a perpetrator’s reuptation is more important than sexual assault.

A common response to victims sharing their story is, “Why didn’t you say something sooner?”

It’s important to understand that many victims of sexual assault process it differently. Often, they question themselves which makes it harder to come forward. It is unfair to pressure victims to share their story when they are not ready, as it can harm their mental health and their ability to cope with their experience.

“The assault caused a lot of emotional and psychological trauma for me. It was super hard to go to school because I felt extremely lonely and felt as if no one could truly understand what I was dealing with. I had panic attacks at school and would have to step out of class to calm down,” the girl explained.

The harmful impact of victim blaming culture extends past its impact on an individual: it also deters other survivors from sharing their story. In turn, this enables perpetrators to potentially assault another person who is unaware of their previous actions. It also makes survivors second-guess themselves and deal with trauma alone instead of having a support group to help them through their experience.

So, what can you do to support a victim?

“Listen to the victim. Stop victim blaming and invalidating people’s experiences about sexual assault because it’s a serious issue that many girls face, and it can be very harmful to their mental health when people start invaliding their experiences,” the girl stated.