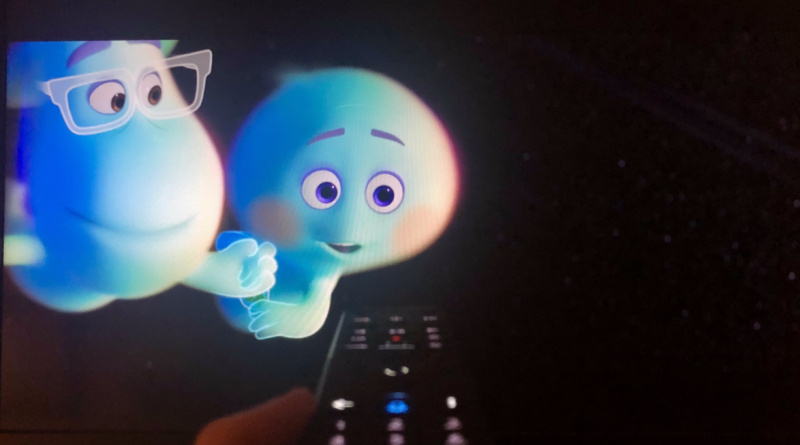 Joe Gardner, a middle school band teacher, gets a gig with his dream jazz quartet. In the heat of the moment, he falls into a pothole and goes into the “great beyond.” Panicked, he runs into an invisible barrier which leads him to the “great beginning.” Will he make it out in time to make it back to his gig?

Pixar’s “Soul,” released on Disney+ Christmas Day, attempts to answer what comes before and after life with vivid and almost lifelike animations.

Set in New York City, the animations include eerily accurate aspects of the Big Apple, down to the hustle and bustle and even the advertisements on the subway. It also incorporates a great jazz soundtrack that is catchy and makes the viewer feel as if they are at a jazz performance.

Gardner finds more than what he expects in the “great beginning,” where new souls are created and find their “spark” before being born. There, he meets the soul 22, who has refused to find a spark and be born a person.

Together, they devise a plan to get Gardner back to Earth. They find a hole in the universe where Gardner’s soul could return into his body.

In a rush to return in time for his gig, he jumps into the hole but accidentally knocks 22 in with him.

“Soul” has really spoken to my own soul.

On the surface, it may seem like a children’s movie. However, it dove far deeper into life and spirituality. I have watched “Soul” three times, and each time I have been impacted differently by it.

I believe “Soul” is a great movie for all ages, and viewers will perceive the storyline a bit differently. There is so much to unpack and analyze that I might just watch it a fourth time.

So, will Joe Gardner make it back into his life?

2 thoughts on “Pixar’s “Soul” speaks to the soul”