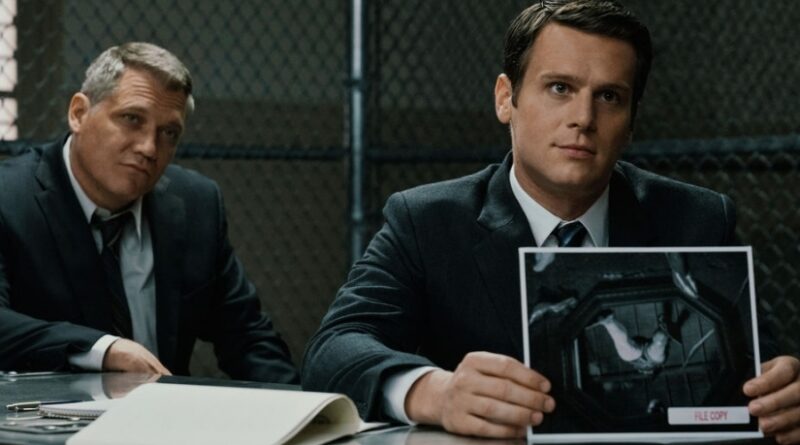 Holden Ford, an American FBI investigator, sits across the table from Ed Kemper. More commonly known as the Coed Killer, Ed Kemper murdered ten people including his grandparents and his mother. Ford is not there to prosecute him, or put him in jail. Ford simply wants to understand why Kemper does what he does. That is, kill.

“Mindhunter” the Netflix series explores questions many are afraid to ask and shows a snapshot into a serial killer’s brain. It also shows the fascinating impact that studying this particular group has on the minds of regular people, the agents and Dr. Wendy Carr. “Mindhunter” illustrates a very real picture of the serial killer psyche and its effect on those studying it while also touching on important topics such as homosexuality, and what that looked like for people in the 60s.

“Mindhunter” dives deeply into the psyche of serial killers, particularly American ones. Based on a true story about a fresh branch of the FBI gaining traction and notoriety because of their primary focus on serial killers and their motivations, the show focuses on Special Agent Ford, Special Agent Bill Tench, and Dr. Carr. Each person, however, has their own set of battles to fight, and most have nothing to do with serial killers and Ed Kemper.

How is work and family life balanced when you hunt serial killers? What did homosexuality look like in the 60’s and how did it impact those that had to live differently because of their orientation? Can work and relationships really be compartmentalized when work is trying to get murderers to talk? These are all questions that are answered in “Mindhunter.”

Finally, Agent Ford very cleverly encompasses the spirit of the show when he states, “How do we get ahead of crazy if we don’t know how crazy thinks?”