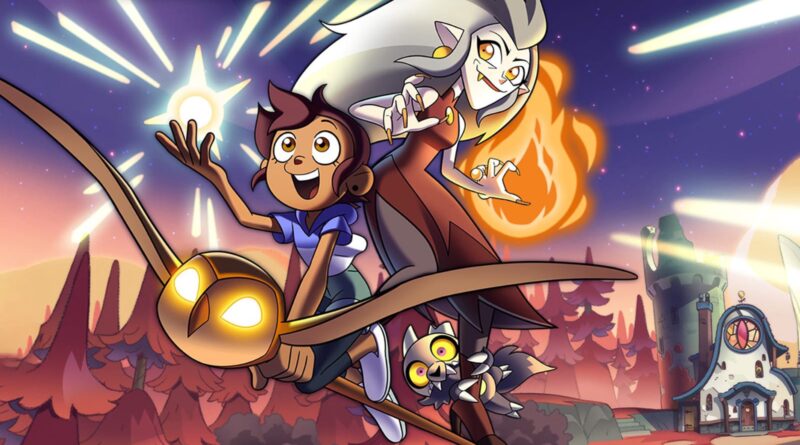 The Owl House by Dana Terrace is a fantastic example of an enriching story for the youth set in a fantasy setting that explores the boundaries of both childlike and sophisticated imagination.

Its main protagonist, Luz Noceda, is a 14 year old Afro-Latina girl who finds herself in a world of magic and monsters called “the Boiling Isles.” Luz, under the mentorship of witch outlaw Eda Clawthorne, decides to stay in the Boiling Isles and train to be a witch alongside her new animal companion King.

The Owl House has only aired its first season on Disney Channel, but I could argue that it’s already making history in the cartoon and animation industry. Luz may very well be the first Afro-Latina lead protagonist on Disney Channel ever, which for many young kids of color, will be inspiring; it’s important to have these big roles filled by Black, Indigenous and people of color to represent the minorities which barely seem to get much spotlight.

Growing up, I felt like I was barely represented in the media that was presented to me. The only roles that were filled by people of color were usually the sidekick or side character who barely got any light in the show. I still enjoyed the shows I watched, but sometimes it was hard to connect to the characters, and it subliminally influenced my self-esteem and how I saw myself. Naturally, I tended to gravitate towards cartoons like The Proud Family for its representation in its cast because it made me much happier to see characters like me in a way that doesn’t just use them for a gag.

When The Owl House was released, I was very happy to see a person of color in the spotlight that was shown in such a natural and human way. Luz makes mistakes, and she’s responsible for them. Luz’s interests and beliefs are never taken as a joke from anyone else. That is why Luz being an Afro-Latina leading character is extremely important to me. If The Owl House had been released when I was younger, it probably would have been the only thing I talked about, since I could finally see myself in a character who makes up the entire show that acted the same way 14-year-old me would have.

Not only that, but Luz is openly bisexual, making her one of the first LGBT+ protagonists ever on Disney Channel. As someone who is part of the LGBT+ community, it’s very important that gay characters can be gay without their sexuality being villianized, mocked, or deemed inappropriate. It’s just part of who we are, and it’s a part of who Luz is. That message in itself holds a lot of depth to younger fans who are also LGBT+ and can see themselves in the main character.

The Owl House is an important show, and it means a lot to many people, including me.