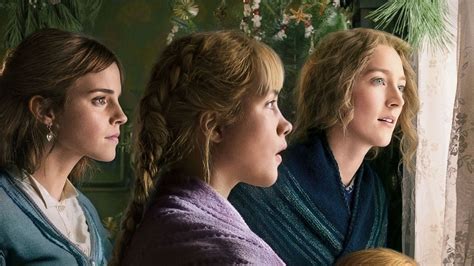 Usually, the movies I watch nearly have the same plot, similar story, and an ending I can always see coming. But “Little Women,” directed by Greta Gerwig, was such a different movie from every other one I’ve watched that it’s gained the title of my favorite.

The movie switches between the bluer-toned present to the yellow-hued past. Although at times it’s confusing which is which, the pieces come together like a puzzle, each flashback showing how much has changed. Jo March, played by Saoirse Ronan, is a struggling writer whose book ideas are continually rejected. She travels back home to tend to her sister’s illness, remembering old times when they were happy.

In the flashbacks, the March sisters and their friend Theodore “Laurie” Lawrence, played by Timothée Chalamet, dance around at balls, laughing and enjoying each other’s presence. Then, the scenes fast-forward to the present, showing the dullness of how their lives turned out.

Gerwig’s choice to switch back and forth between the past and present helped to capture the growth of the characters and how they matured. The scenes of the past showed the sisters acting out movies they wrote, skipping to town, dancing, and doing everything together. It captured their strong sisterly bonds through the fights and make-ups they had.

Scenes in the present showed one sister married with a family of her own, another sister battling scarlet fever, one pursuing her dreams of becoming a successful writer, and the other travelling around Europe doing what she loved most, painting. The present, in contrast to the past, shows their lost happiness and maturity; they’re no longer as close as they used to be.

To make things more interesting, Lawrence is caught in a complicated love triangle with two of the March sisters. Throughout the movie, they discover their true feelings, building up an expectation for who will end up with who. However, the ending is not what you’d anticipate, and unlike most movies out there, “Little Women” ends with a couple that is completely baffling. The ending is what makes “Little Women” one of my favorite movies; it’s unexpected, a refresher from the predictable endings of other movies.

One thought on ““Little Women” explores the past and present”