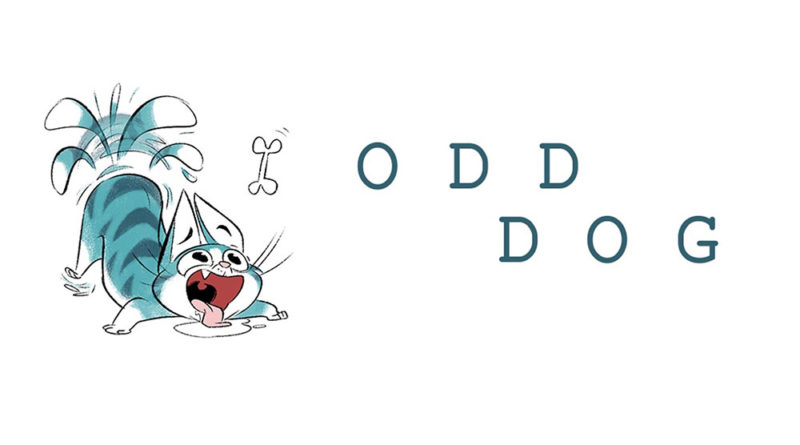 “This small town has a big heart and I thought it was appropriate to have it premiere here. Because of my upbringing here, I felt it really helped me go for my dreams and achieve them,” said Keika Lee, the writer, director, and producer of the short film, “Odd Dog” which premiered on Sept. 8 at the Castro Valley Center for the Arts.

Inspired by the strong bond that her son and pet cat shared, Lee and her crew created this heartwarming film over the course of two years.

“Their relationship is really unique and I just had to make a story about them,” said Lee.

“Odd Dog” is about a cat who thinks he’s a dog and how he befriends a boy. The film shows the development of their beautiful friendship.

After the showing of the film, Lee introduced her panel of crew members and talked about the whole process of creating the film. Her crew includes concept artist Nichole Wong Forti, character designer Miles Dulay, animators Katherine Waddel and Chris Lam, character designer Genevieve Tsai, storyboard artist Steph Dere, and of course, Keika Lee, the writer and producer. All the crew members have full-time jobs, so it took them longer to create the film.

“As a producer, I would set deadlines and say when things would have to get done and also how much money we could spend in order to get shots and characters and storyboards done on a timely manner,” said Lee.

Lee also talked about how she was inspired by the Disney movies “Cinderella” and “Aladdin.”

“It wasn’t until I saw my very first Disney animated film – Cinderella – that really spoke to me that that was what I wanted to do with my life. I watched Cinderella so much that I broke the VHS tape. Cinderella had the message of, ‘a dream is a wish your heart makes’ and I truly believe in that and also it was just beautifully done. The animations still live up to standards till this day. Aladdin ended up being my all time favorite animated film. I broke that VHS tape too. I loved the story of the street rat becoming a great leader and having all the riches he wanted because he had a big heart,” said Lee.