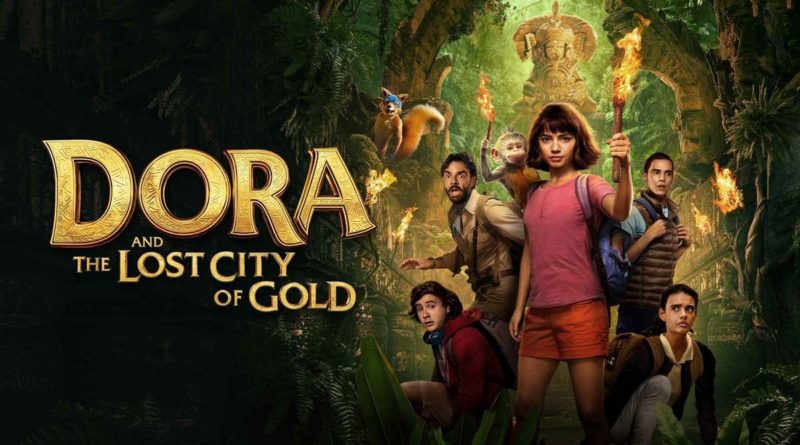 “Dora and the Lost City of Gold” is a spin on the old children’s show that came out in the early 2000s. In this movie, Dora lives in the jungle with her cousin, Diego, until his family moves to the city, but then we flash forward ten years and she is still the same weirdo and Diego has grown into the typical, trying-to-blend-in movie teenager.

Suddenly Dora found herself on the way to the city for the first time where she must go on the adventure of high school and trying to get through it while sticking to her true self. Later she and a group of people end up going back to the jungle to find her parents and Parapata in Peru also know as the lost city of gold.

Overall, the movie is something you don’t want to take too seriously. The beginning with the kids has terrible acting, but after the characters grow up it gets slightly better. There’s a lot of traditional Dora references that make the movie a comedy. If you thought the show “Dora” was funny, then this movie is for you.

At the end of the day, it is still a kids movie and one they could enjoy a lot. In general, the movie was okay, mostly because of the nostalgia and the comedy making it a decently enjoyable movie.

It did stick to the typical Dora character even when she wouldn’t fit into the environment or society. And although it had its many, many flaws, there was a lesson shown to all the kids to stay to your true self no matter what people say.