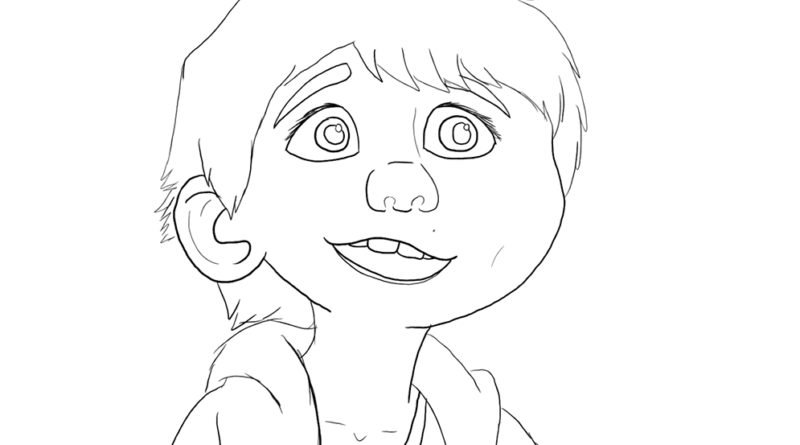 Across the bridge of orange leaves exists another world. The world of the ones who have left the mortal realm. One day a year, the dead have a chance to come back to see their families. But now, through the perspective of Miguel, audiences got an opportunity to see the world on the other side.

Pixar’s latest original film, “Coco,” premiered in America on Nov. 22, and instantly earned itself a spot among Pixar’s greats.

The story is based around the Mexican holiday of Dia de los Muertos, translated to Day of the Dead, where families celebrate the memories of the ones they have lost. They put pictures of their relatives and ofrendas on altars, and this allows their spirit to be with them for the night. Then, at dawn, the deceased return to the land of the dead by following the trail of orange petals.

In “Coco,” a young boy named Miguel with a passion for music, is transported to the land of the dead, and must achieve his family’s blessing in order to return to his world. Along the way, he discovers his family’s past.

As per usual for Pixar, the animation is gorgeous. The amount of effort and love put into everything, from the colorful structures in the land of the dead, to Miguel’s fingers as he strums a guitar, is evident and is to be appreciated.

With the entire premise of the movie based on the Dia de los Muertos holiday, the movie is really a love letter to the Mexican culture. The care the writers put into establishing a beautiful world but keeping it true to the roots they pulled inspiration from is admirable.

However, even though the animation is fantastic and the homage to traditional Mexican culture is superb, the characters shine brightly above the rest. Miguel is a lovable protagonist, and anyone who has ever been torn between a passion and their family is sure to sympathize with him. Hector, a well meaning trickster from the land of the dead, is enjoyable to watch on his quest to help Miguel in exchange to have his photo hung among the living in order to be remembered, and the depth of his character is revealed as the plot progresses. Even Mama Imelda, Coco’s great-great-grandmother, who initially put the family’s ban on music, is a wonderful character to watch develop. And all this is being said without even mentioning other highlights, like the music and voice acting.

One negative comment regarding the movie is that some plot moments have been done before and would seem predictable. In the film’s defense, though, these moments are handled in a very smart and organic way to make them feel new.

It is clear why Pixar’s “Coco” is deserving of a five star rating, and why it is a movie we will always remember.