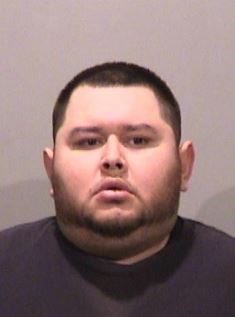 Police arrested 19 men in a prostitution sting at a Union City hotel on Nov. 3. Among them was CVHS JV girls soccer coach Luis Ruiz, police said.

Fifteen men responded to an online ad and agreed to pay money in exchange for a sex act with an undercover agent posing as a prostitute, Union City police said. Officers arrested them on charges of soliciting prostitution, and arrested four other men for “aiding a prostitute.” All of the arrested men were from the Bay Area, specifically the East Bay and South Bay. Ruiz was one of the 15 arrested on suspicion of soliciting of a prostitute, police said.

Ruiz has been a coach of the JV girls team for three years, according to soccer players, and his arrest came as a shock to many people who know him.

“From what I knew of him he really didn’t seem like the kind of person who would do something like this. I was obviously hurt and disappointed because he was my coach for two years in a row,” said junior Audrey Vance.

“As for the JV team functioning without him, it’s kind of chaotic right now to say the least. I’m on varsity this year, but we have had to combine with JV this past week. For the most part, people are just confused and somewhat disgusted at this news,” said Vance.

Principal Blaine Torpey informed families that CVHS placed a coach on leave in response to “allegations of conduct not related to school” by email on Nov. 15. “Families have expressed concerns about reports in the media regarding the CVHS junior varsity girls soccer coach,” Torpey wrote. “The district took immediate action and placed the coach on leave. We have assigned coach Lauren Nadler to work with the team. Safety and the well-being of students are our highest priorities.”

Ruiz was cited on a misdemeanor charge and was released without bail, police said. Prosecutors have not announced what charges they will pursue in the case, if any. Union City police pointed out that “all suspects are innocent until proven guilty in a court of law” in its press release. “In my experience, most first offenders are sentenced to probation,” said Sgt. Freddy Camacho.

The Union City hotel was unnamed as to hide its identity and allow for possible future prostitution stings.

The goal of the operation was to “recover commercially sexually exploited children, arrest adult and juvenile prostitutes, pimps, and male customers,” police said.

“We put up an ad online and people called in asking for services. Every single person involved with this was arrested,” said Officer Chris Lanier, who was involved with the case.

Lanier added that the police’s motive was to help put an end to human trafficking.  “A lot of these girls are not in this willingly,” he said. “We have services for those people to try to get them out of the industry and make them financially independent.”