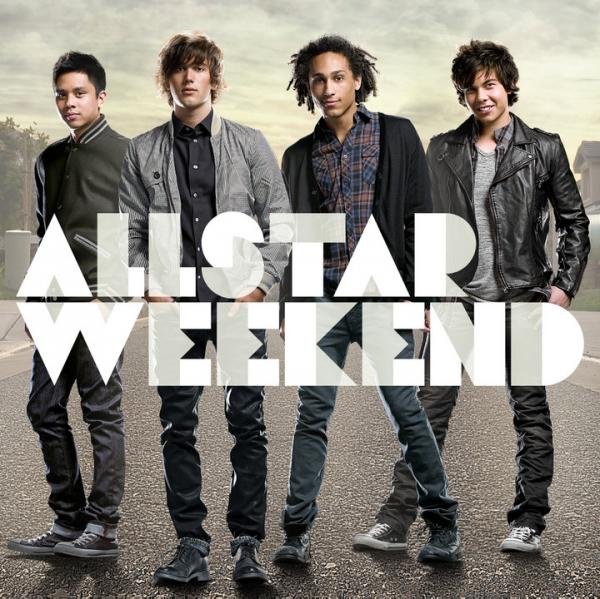 The people are screaming, the pressed bodies are pushing to get closer; it’s so hot you think you’re going to suffocate. No this isn’t a natural disaster; it’s a group of fan girls at an Allstar Weekend concert.

On Allstar Weekend’s 2012 tour, the All the Way tour, the band stopped by the Fillmore in San Francisco to play its music for us in the Bay Area. The band brought with it three other bands: The After Party, Hollywood Ending, and Before You Exit.

The After Party came first and sang, among many songs, “Oops I Did it Again” by Brittany Spears, which was interesting with a guy’s voice. Both Hollywood Ending and Before You Exit also sang not only their own songs, but popular songs which made the crowd go even wilder, because then they too could sing along.

The first three bands were okay, although their music was a little too girlie, but the best was Allstar Weekend. You could feel the girl’s hormones thrumming in the air as the guys came on stage. I got excited too, until I heard the music.

Every single song of Allstar Weekend is about how much the members miss or love their girlfriends. Some of their songs don’t even make sense, like “Party Like it’s Not Your Birthday” and it isn’t as if their songs have any deep meaning or anything.

They are truly a boy band in every sense. Wikipedia even refers to them as an example of a “pop boy band” trying to act punk. Relying on looks and not talent is how Allstar Weekend gets by with so many hits. Allstar Weekend originated from Disney, so this kind of behavior is common with these Disney-like bands.

During the concert they brought a girl from the crowd onto the stage to sing with Zachary Porter, who is the lead vocalist, and she practically cried with happiness. But the fan-girl favorite of the band is Cameron Quiseng who, at the concert, was pinched on his butt by some adoring fan girl.

Overall, I would say they weren’t that bad and some of their songs, like “A Different Side of Me”, are catchy and fun to listen to. The best part was watching the adoring fan girls freak out at any little thing they did.