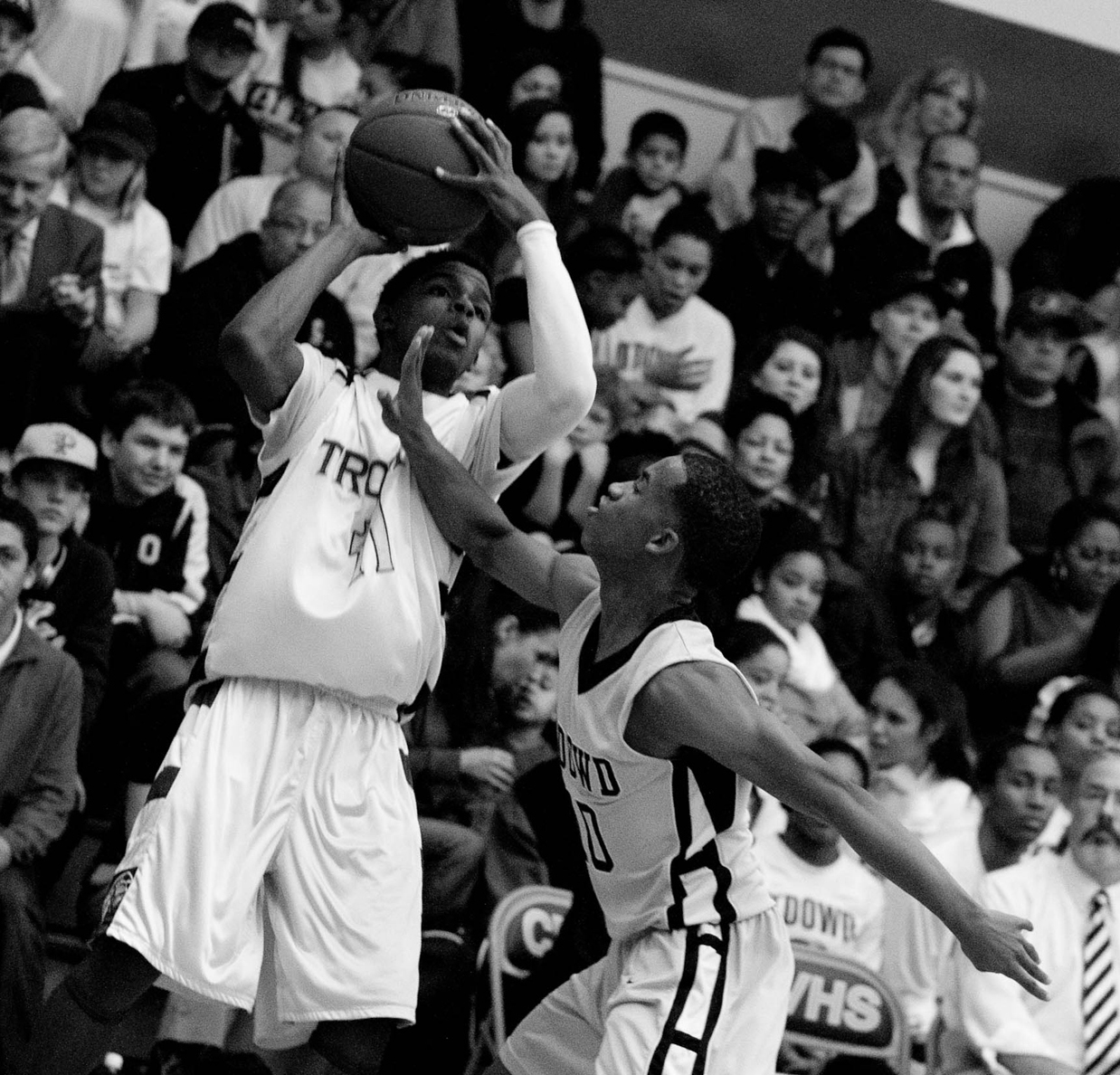 This was one of the most exciting games of the year since O’Dowd is the Trojans’ arch rival. The game had the parking lot full and cars parked down the street.  With the gym at full capacity and a rowdy crowd, the intense game began.

In a grueling battle of teamwork the Trojans were up in the first quarter at 13-11. At half time with CVHS down only three points at 25-29, the crowd was still optimistic of winning. But after the third quarter O’Dowd shot up with a 12-point lead. The Trojans responded with a run of 8-1, cutting O’Dowd’s lead to 43-38. The Dragons fired ahead in the fourth quarter while the Trojans only scored 4 points.

“I felt disappointed that we lost and that we as a team must stride to get better from that night,” said player Jonathan Davis.

Since Bishop O’Dowd is in a different division, CVHS basketball teams will not have to play them again this year.

Even after the disappointment of the loss, the team still has a good chance to go to the NCS playoffs. The Trojans’ record fell to 18 wins and five losses, with ten wins and three losses in the HAAL.