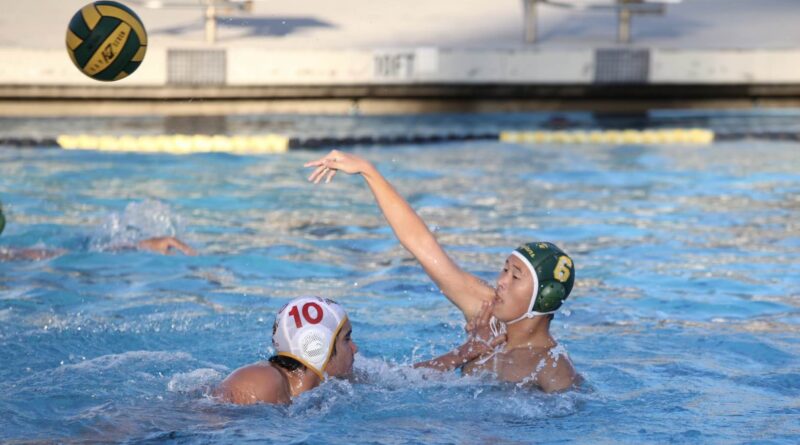 When former CVHS water polo coach Ben Brookens set up a free clinic to grow interest in the water polo program in 2019, Ryan Yee was quick to jump at the opportunity.

“I had always enjoyed swimming and seeing a new aspect of water sports,” said Yee. Now a senior and team captain for varsity boys water polo, Yee is excited to continue his final season with CVHS, and hopefully enjoy water polo past high school.

Water polo is a water-based sport where two opposing teams try to throw a ball in the other’s goal. Players have to use a specific type of treading called eggbeater that allows free arm movement. The sport is very physically demanding because players need to be able to receive passes and throw accurately all while staying afloat. Defense in the sport is also challenging because players have to hinder the opponent’s movement in the water to prevent them from receiving and throwing the ball.

“I feel my defense is very strong in water polo, but I would not say it is easy to play. You have to be able to predict and be prepared for what the opponent is going to do next… a good defense requires a lot of strength and you need to be able to resist any manipulation your opponent attempts,” said Yee.

“Ryan is probably the most supportive and friendliest guy on the team. I don’t really know a single person that doesn’t like him. He’s a natural leader and very charismatic person,” said Edvin Sabanovic, a member of the team.

“I love water polo because of the additional aspects added that spice up the sport, such as swimming… along with the accuracy of your shot, and the various types of shots,” said Yee. The complexity of the sport is part of what makes it fun, but most players would agree that the team is what makes it the most enjoyable. “The support and banter you receive from the waterpolo family you build and bond with is what I enjoy the most. One of my most memorable experiences was during my senior night against Berkeley. My teammate passed me the ball and there I shot with all my might to the weak side. The crowd went wild, and I could hear all my friends and family screaming in the background.”

Although after high school, Yee does not plan on putting too much commitment in playing water polo, he still hopes to play the sport in college at the club level.

“The thrill of making a successful, beautiful play, or the reactions after you or your teammates make a cool shot are some of the things I enjoy the most about water polo,” said Yee.