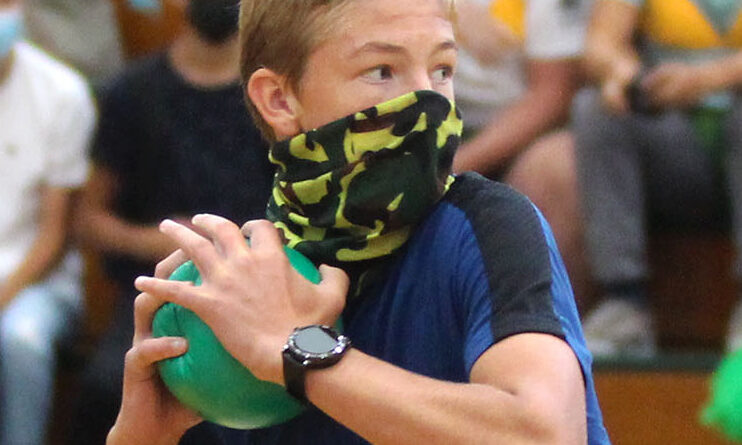 Despite being the underdogs in pretty much every game of the tournament, the Daffy Duckers managed to defeat the Mermaids despite all odds: size difference, level of experience, and strength deficit.

“It feels awesome,” said Daffy Ducker Ian Hsu. “Going into the tournament, we had no thought of actually winning it all, just to have fun instead. But soon enough, we were playing for the championship. Being a team of underclassmen made the win feel that much better. I had some great teammates and wouldn’t have been able to do it without them!”

Although placing second, runners-up, the Mermaids, were still delighted to have participated in this riveting tournament.

“Yeah I loved it,” said Travis Orem, a player for the Mermaids. “It was a super fun way to really get closer with my waterpolo team and have a fun time doing it. It was a great thing to look forward to and experience with my friends.”

Directly preceding the championship game played during lunch on Friday, Sept. 17, an intense match was played between two senior teams, Los Cojones and the Untouchaballs. Through an unexpected turn of events, the Untouchaballs managed to secure a third place finish.

“Obviously we would’ve liked to win the whole tournament but under the circumstances I think getting third was a great result considering my one versus four clutch to win our last game” said Untouchaballs member Michael Karapetyan.

Amidst rough and difficult times for many, this dodgeball tournament provided spectators with a week’s worth of entertainment throughout the lunch period.

The winner of the spring tournament will face the champions of the fall tournament, the Daffy Duckers, in the ultimate championship match, which is bound to be an invigorating match between the two most skillful dodgeball teams at this school.

“Absolutely I’m excited,” said senior Jonah Pitcher when inquired about the tournament next semester. “It’s a great opportunity to just have fun with my friends,” said Pitcher who competed in this semester’s tournament yet wishes to redeem himself next semester.