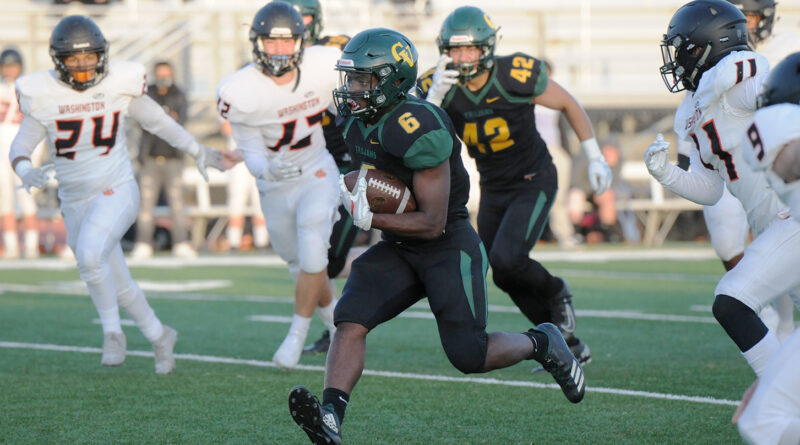 You might know the name Lewis if you have watched any of the Trojans’ football games. The star scored 11 touchdowns this season. In the last game of his high school career on April 16, Lewis scored three touchdowns and ran for more than 200 yards, sparking his team’s win.

“Football is one of the most team-oriented sports. If one person doesn’t do their job, regardless of who that person is, the team won’t be able to function,” said Lewis, a senior.

“Coach Molzen has helped me by putting me in the best position to be successful… He always believed in me, and that instilled some confidence in me as well,” he said.

Lewis runs about 150 yards and scores about two touchdowns per game. Behind his achievements is his hard work. Even in the offseason, he still exercises six days a week. Three of these days are “double days,” during which he will have multiple workouts, involving weightlifting, conditioning and running.

“Coach Giles Chapman from Xplosive Speed is a big influence on me… He has exposed me to a lot of different opportunities and allowed me to work out with college players and even professional players,” Lewis said.

As the team captain, Lewis always makes sure that he is being a leader and setting an example for his teammates.

“I try to implement my good work ethic in everything I do,” Lewis answered when being asked how to balance sport and school.

Lewis has good time management by having a checklist and taking breaks during work to be more focused on the task.

“Mike is everything you want in a student-athlete. He is a 4.0 student. He is a leader in the classroom and on the field. Mike is as dedicated and works as hard as any player I’ve had the pleasure to coach,” said head football coach Denny Molzen.

After learning a little about Lewis, you must know that he loves football. But besides that, he also enjoys other sports.

“I like doing any type of physical activity, whether it’s basketball, golf, or tennis. I have the most fun when competing with my friends,” he said.

Many people do not know that he flies small airplanes on the weekends, and loves cars. “I’m really into cars, I like to work on my cars, drive my cars, and go out to car meets… I also ride ATVs,” Lewis said.

Lewis is still uncertain if he will play football after high school, but he knows that in the future he will like to be an orthopedic doctor or surgeon.