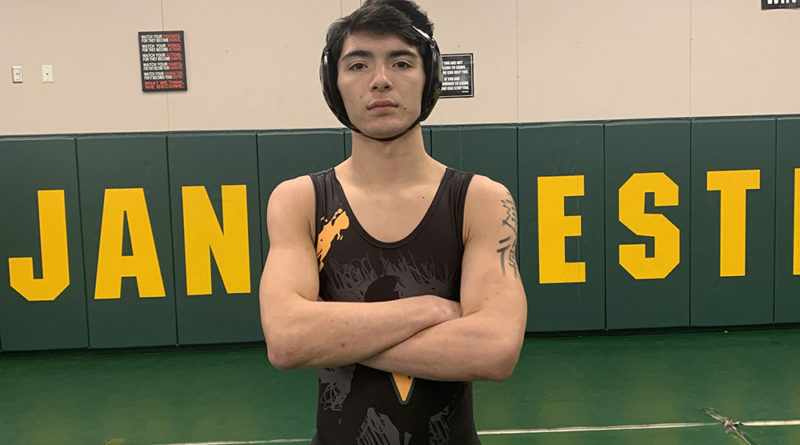 Staring down the opponent, waiting for the whistle to begin the match. The determination on his face, wanting to prove he can compete with anyone. Using the skills and knowledge gained over a long career, he was able to stand on the podium as a champion.

Kris Darrin is a senior at CVHS and has been a part of the varsity wrestling team for four years. Darrin has competed on the mats ever since he was in fourth grade and never looked back.

He has continued to compete at a high level and has participated in matches and tournaments all around the state and country, competing against the best of the best.

“I enjoy wrestling because it’s an individual sport. It gives me the ability to aspire to who I want to be without having to rely on others,” said Darrin. He constantly trains whether in season or during the offseason, working to become stronger and a better wrestler.

“You are able to participate in a sport and train with other people which makes it feel like a team sport, but still it’s an individual sport,” he said.

The hardest part about wrestling, according to Darrin, is the amount of self-dedication it takes.

“Everything is up to you so when you realise you aren’t putting everything out there, it can really kill your demeanor and how you feel about yourself,” said Darrin.

Darrin’s goal this season is to place at the state championships in March. He is currently placed 38th in the state but hopes to improve that ranking before the season comes to an end.

Darrin plans on wrestling after high school at the collegiate level and hopes he can find the right college for his future career in the sport.