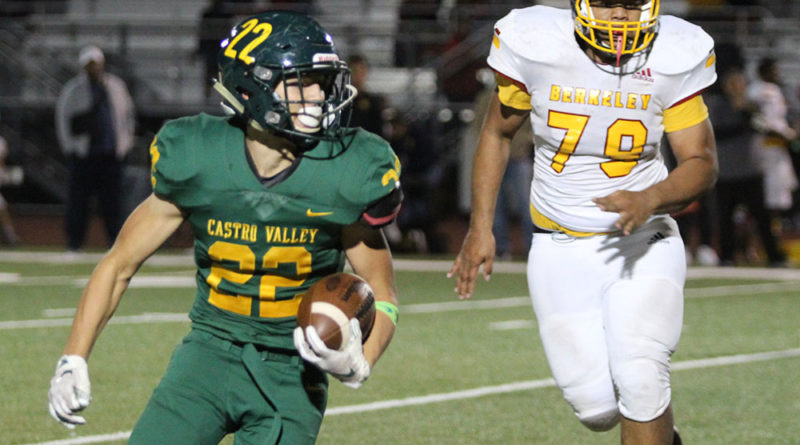 Zach Sandoval’s favorite touchdown was in the homecoming game against Berkeley. The Trojans trailed 14-7 late in the fourth quarter, but Sandoval ran the ball up the middle between two defenders, tying up the game. Later the team rallied to victory in overtime.

Sandoval is this month’s featured athlete. He is one of the few running backs on the football team and has been dominating his competition. Sandoval made varsity this year as a sophomore and is already playing like a senior. He constantly scores touchdowns and always helps his teammates, no matter what happens on or off the field.

He shows leadership in tough situations and is always willing to lend a helping hand. He is also a third generation player at CVHS behind his uncle James and his father Brian. Sandoval really enjoys the football world and wants to play until he cannot anymore.

“I like how competitive the sport is and how even when u get knocked down constantly you always have the choice to get back up,” he said.

Overall, Sandoval is playing at a level that not many have seen before, and college is just around the corner for this young man.

“He is a very exciting player to watch and is one of the most explosive players I’ve ever seen,” said teammate Max Jefferson.

Sandoval already has six rushing touchdowns and looks forward to more as the season continues. He is a force to be reckoned with and should have many scouts looking his way as he goes through high school. All in all, the future is very bright for this young man.