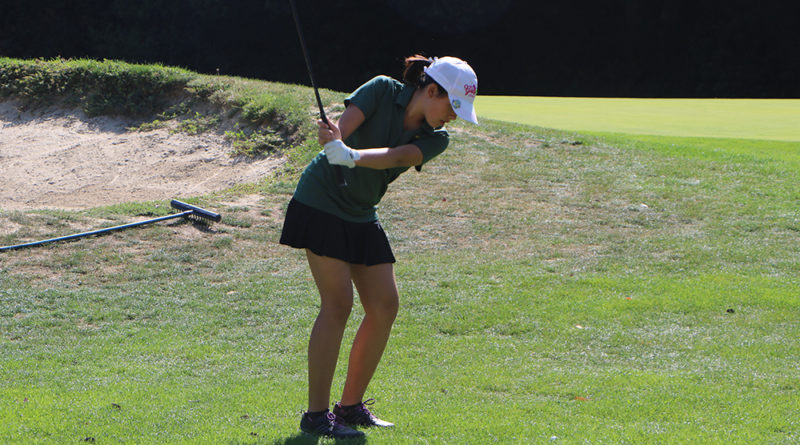 With six matches finished, the CVHS girls golf team built a winning streak with no games lost and all six games won! A match against Berkeley was at the Redwood Canyon Golf Course on Sept. 10 and went really well. The match was very exciting to watch as CVHS won by 74 strokes. The Trojans scored 227 strokes and Berkeley scored 301 strokes.

A total of three groups played against Berkeley, with two girls in each group. In the first group, junior Tani Ng scored a 45 and senior Annika Huston scored a 42. In the second group, junior Emily Wan scored shot a 41 and sophomore Lauren Lee scored a 51. In the third group, junior Felicia Yee shot 48 and freshman Karissa Chu shot a 58. All the girls believe that they played fairly well. They’re currently 8-0 overall and 4-0 in the league.

Not only are they outstanding players, but everyone on the team shares a great bond with one another.

“My favorite part about playing golf is probably getting to go out on the course with the other players, because they’re all super talented and it’s really cool seeing how well they play. They’re also just amazing people to be around,” said freshman Natalie Huey, who has been playing golf ever since she was a little kid.

Ng, one of the best players, also enjoys golf very much.

“I like how the team is smaller than most sports teams, so we can get a lot closer to each other. We also plan a lot of fun things to do throughout the season and sometimes throughout the year too,” says Ng.

Meanwhile, Lee talked about how she felt about her chipping and putting.

“I did a good job with my chipping and got it fairly close, but my putting was bad. I made careless putts. I can improve on putting because I ‘cut across’ the club a lot,” said Lee.