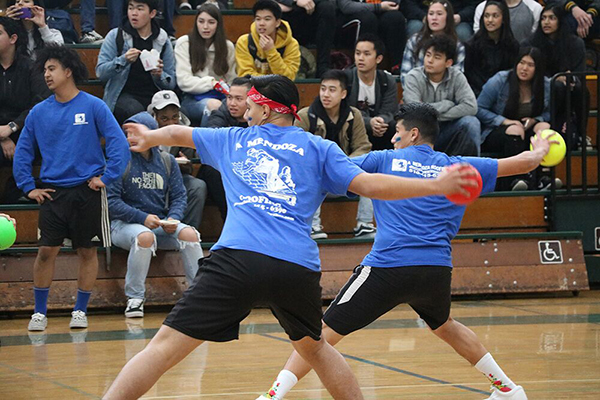 The Mendoza Roofing Co. ended with a victory over the Slimy Six in this year’s annual six-on-six CVHS dodgeball tournament.

The tournament was a fun one to watch. The teachers’ team attempted to reach to the championship but fell short in the second round. Mendoza Roofing Co. and The Slimy Six both made their way to the final round in a breeze, but it was a battle for the trophy in the end.

The championship consisted of a best of three rounds and ended up being an exciting match that everyone had hoped for, except for the Slimy Six of course.

The whole gym erupted as fans and teammates burst onto the court to dogpile Gonzalez.

“Shout out to the softball girls for talking smack about us. Their hatred towards us gave us the motivation to go for the win,” Gonzalez said.