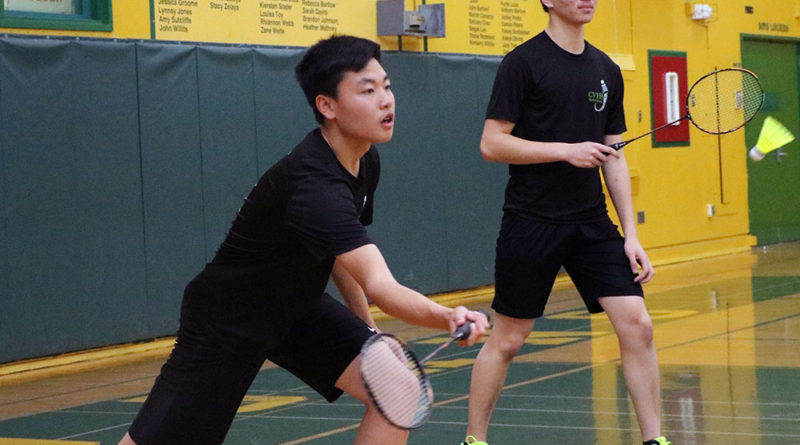 The birdies whizzed by, lightning quick as the CVHS badminton team played Encinal High School on March 20. The Trojans dominated the Jets 15 to 0, coming back from a loss the week prior.

Every single varsity match was won by CVHS players, leaving no doubt of the Trojans’ skills with rackets.

Sophomore Regina Lee was happy with the result.

“The opposing player was very nice and respectful, despite the difference in skill level,” she said.

The focus on the court was tangible, as all players put all their effort into winning their games. As the first games progressed, it became clear CVHS was successful.

Jackie Wang commented on the intense concentration, saying “I was impressed by their focus throughout the match even though they were losing.”

The Trojans were happy to return to their striking pattern of wins.

“After coming back from a loss we shouldn’t have taken, we were validated when we saw the score,” said Jessica You.

CVHS has seen a great season so far, with their loss to Alameda being the only blemish on an otherwise perfect record.

The team even beat Mount Eden, a school renowned for badminton prowess.

Currently, CVHS is tied for first place in the conference and has a high chance of being able to progress to postseason competition.

The team is excited by its repeated victories, and hopes to continue its success for the rest of the year.