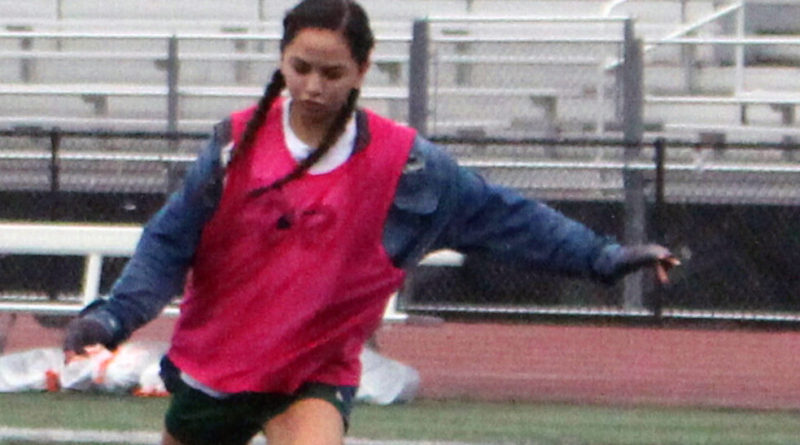 Sophomore Kalei Stambaugh has been a hard working soccer player for the JV girls soccer team for the past two years. She currently plays center midfielder and has been involved with soccer for nine years.

Stambaugh comes from a family of athletes and has been playing since she was very young. “I first got into playing soccer through my dad. He played growing up so he also introduced the sport to my brother and I,” Stambaugh said.

Besides her love for soccer, she also cites that her favorite part about being on the team is the incredible bond she forms with her fellow teammates. The friendships have made up a lot of her most meaningful experiences, and she enjoys observing and taking part in her teammates’ accomplishments as well.

“The most memorable moment from this year was probably when my teammate Lexy completely megged an opponent who just suddenly stopped in her tracks,” said Stambaugh, describing a play in which a player steals the ball.

Stambaugh’s teammates have praised her work ethic and dedication to the team. “Kalei always has a great attitude, and she sets aside all of her issues in her personal life to be engaged with us and the game whenever we’re playing,” said teammate Kia Lunt.

Soccer takes up much of Stambaugh’s life through practices, games, and training, so she doesn’t have time to play any other sports. However, she also enjoys skiing in the winter occasionally. Stambaugh does not have any concrete plans for the future, but she hopes to attend a college down in Southern California.